EA on International TV and Radio: Pelosi’s Visit to Taiwan 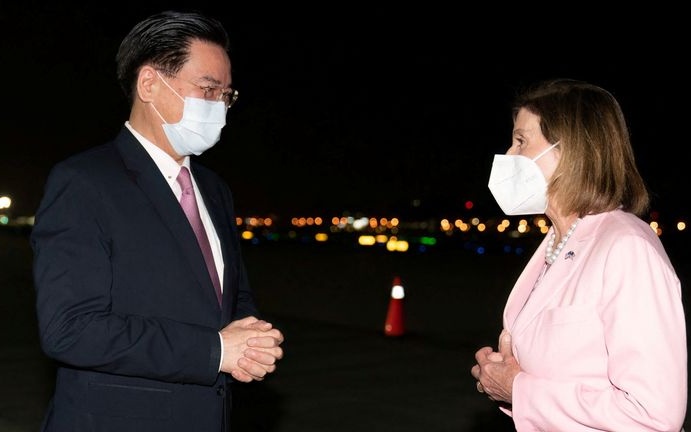 I spoke on Thursday with Austria’s Radio FM4 about the ongoing political and military maneuvers, in public and behind the scenes, following the visit of the US Congressional delegation to Taiwan:

I think lines are being drawn against conflict. Publicly, the US will say it is committed to Taiwan retaining its autonomy. China will make loud noises that there can never be Taiwanese independence.

But, privately, each is staking out a position while avoiding confrontation.

I spoke further with Australia ABC’s Beverley O’Connor on Wednesday afternoon about US House Speaker Nancy Pelosi’s trip to Taiwan, as she spoke at a joint press conference with President Tsai Ing-wen.

An extract from the interview:

If China attacks Taiwan, it risks int’l isolation in many quarters, and it undermines its own economic approach.

Taiwan is important to China’s economy and is part of an Asia which is even more important — and war is not good for business in the long term.

ORIGINAL ENTRY, AUGUST 3: As US House Speaker Nancy Pelosi’s plane touched down in Taiwan on Tuesday, I spoke with India’s CNN 18 and Turkey’s ANews about the political dynamics, including the consequences for Asia and for US-China relations.

In both interviews, I tried to damp down chatter of an imminent military confrontation between Beijing and Washington over Taiwan, looking at the “longer game” of China’s political and economic objectives and the Biden Administration’s “realignment” of ties with Asian countries.

It’s one thing for China’s leaders to get upset in public. It’s another to take military action in what would be a lose-lose outcome: certainly the US would lose if China attacked Taiwan, but China would lose as well — in its standing in the world and in its economic position.

China has played this long so far, and I don’t expect that to change.

What are the implications of Nancy Pelosi visit to Taiwan?

Pelosi lands in Taiwan, tweets on her Taiwan visit

Interviewed by ANews’s Andy Boyns, I focus on both the public and private maneuvers of the Chinese leadership and the Biden Administration — each drawing their lines but, hopefully, not crossing them:

What is the goal of #Pelosi visit to #Taiwan? @ScottLucas_EA (24') and @mideastsoccer (40') gave me their expert analysis shortly after her arrival in Taipei https://t.co/QkhJH4Seo5