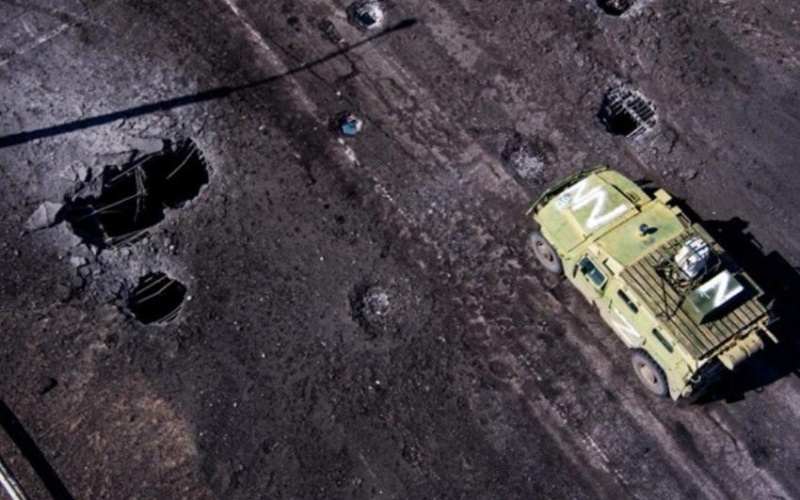 Officials said the plan was endorsed by President Joe Biden in June, overriding opposition from the Justice Department.

The official indicated that the Kremlin has not been receptive so far, “We start all of these with somebody who has taken an American and treated them as a bargaining chip. So in some ways, it’s not surprising, even if it’s disheartening, when those same actors don’t necessarily respond directly to our offers, don’t engage constructively in negotiations.”

Secretary of State Antony Blinken confirmed Wednesday that the US presented a “substantial proposal” to Moscow “weeks ago” for Griner and Whelan. He said he intends to discuss the matter during a call with Russian Foreign Minister Sergey Lavrov this week.

Whelan has been held since 2018 on charges of espionage. Griner was seized at a Moscow airport in February, a week before the Russian invasion of Ukraine, and charged with possession of hashish oil in vaping cigarettes. She pleaded guilty and faces up to 10 years in prison.

Western officials say Russian forces will not occupy all of the Donbas region in eastern Ukraine in the “immediate future”.

The officials said Russia has “definitively” lost the initiative in the attempt to seize the Luhansk and Donetsk oblasts; however, one of them cautioned, “They are not just going to give up and go home.”

The officials further cautioned that the Russians, despite heavy losses and serious problems with their six-month offensive, still have the capacity to “adapt and adjust what they are doing” to achieve the “minimum political objective of the Donbas campaign”.

Russian forces seized almost all of Luhansk oblast last month, including the cities of Sievierodonetsk and Lysychansk, but have made slow progress in neighboring Donetsk.

Russian shelling of a hotel, in Bakhmut in the Donetsk region in eastern Ukraine, has killed at least two people and injured four.

The damaged Antonovsky bridge in #Kherson region. It has been struck by the Armed Forces of #Ukraine. pic.twitter.com/IerAjRkUK9

The European Court of Justice has rejected an appeal by RT France against a ban on its broadcasts, imposed in March over systematic disinformation by the Russian State outlet.

The Grand Chamber of the General Court dismisses RT France’s application for annulment of acts of the Council, adopted following the outbreak of the war in Ukraine, temporarily prohibiting that organization from broadcasting content.

The European Union suspended the broadcasting activities of Russian State media such as RT on April 1.

The Court ruled that EU authorities were not required to hear RT France before the prohibition, and thus “there has been no infringement of RT France’s right to be heard”. It added that the circumstances were sufficient for the ban, which does “not disproportionately infringe the essential content of RT France’s freedom to conduct a business”.

An investigation has established the killing of five Ukrainian civilians by occupying Russian forces at a post office in Peremoha, about 60 kilometers northeast of Kyiv, on February 28.

The Ukraine Government is investigating the killings as a possible war crime. Russian officers Maksim Krasnoshchyokov and Aleksandr Vasilyev are alleged to have ordered soldiers to shoot civilians.

Mayor Ihor Terekhov wrote on Telegram, “Rescuers are already on the spot, sorting out the debris. According to them, there are no victims, but this is only preliminary information so far.”

He later updated that six people were injured.

In his nightly video address to the nation, Ukraine President Volodymyr Zelenskiy summarized that Russia is deliberately cutting supplies of natural gas for a “price terror” against Europe.

The President explained, “Using Gazprom, Moscow is doing all it can to make this coming winter as harsh as possible for the European countries. Terror must be answered — impose sanctions.”

Russian State outlet Gazprom has announced that supply to Europe through the Nord Stream 1 gas pipeline will be reduced to 20% from Wednesday.

The bill sets out voluntary national steps. If these are insufficient, a trigger requires mandatory measures.

The EU has taken a decisive step to face down the threat of a full gas disruption by Putin….

The announcement by Gazprom that it is further cutting gas deliveries to Europe through Nord Stream 1, for no justifiable technical reason, further illustrates the unreliable nature of Russia as an energy supplier. Thanks to today’s decision, we are now ready to address our energy security at a European scale, as a union.

Jozef Síkela, the Czech Industry and Trade Minister who brokered the agreement, told reporters, “I know the decision was not easy but I think at the end everyone understands that this sacrifice was necessary. We have to and we will share the pain.”

ORIGINAL ENTRY: Building their attacks on key Russian positions and possibly preparing for a counter-offensive, Ukraine’s forces have struck again in the occupied Kherson region in the south of the country.

Ukraine’s military tersely announced on Telegram just before midnight, “Explosions in the Antonivskiy Bridge area,” alongside video of the strikes.

Senior Presidential Advisor Anton Herashchenko wrote, “HIMARS [the US rocket systems] dealt another powerful blow to one of the two bridges across the Dnieper, which are used by the invaders for a massive transfer of troops. Let’s hope that this time the Antonivskiy bridge will not withstand the power of the HIMARS missile attack.”

Kirill Stremousov, deputy head of the Russian occupation authority in Kherson, told Russian media, “There were hits on the Antonivskiy Bridge. We blocked traffic. We will repair it.”

Video has emerged of multiple rocket strikes this evening on the E97 bridge in Russian occupied Kherson pic.twitter.com/zXE53pPzA3

Bolstered by the delivery of US medium-range rocket systems, Ukrainian units have destroyed Russian logistical positions and ammunition depots across Kherson.

In recent days, Ukrainian fire has damaged all four bridges across the Dnieper River and its tributaries, linking Russian occupiers with their troops in Kherson city and the region to the west of the Dnieper. The Russians have carried out repairs, but the attacks raise the prospect that the invaders will be split.

On Sunday, the Ukrainian forces struck the bridge over the dam at the Nova Kakhovka Hydroelectric Power Plant, damaging the road although passenger vehicles can still cross.