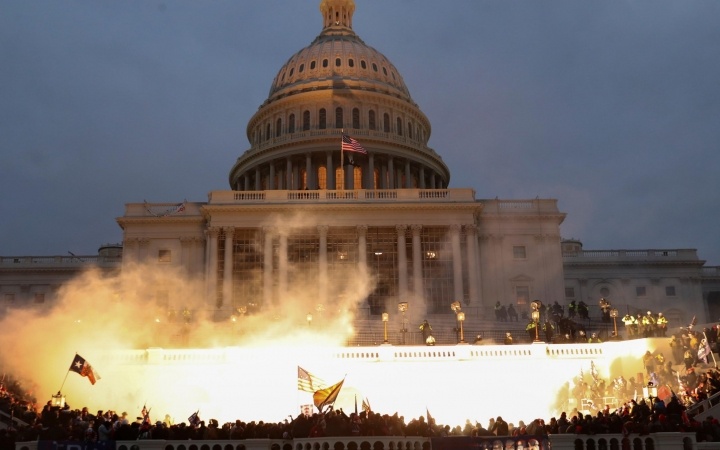 As Donald Trump prepares to run for the US Presidency in 2024, the Justice Department is expanding interviews of witnesses about Trump’s role in the January 6, 2021 attack on the US Capitol and efforts to overturn the 2020 Presidential election.

Will the Department proceed with a prosecution? I evaluate the situation with Monocle 24’s Emma North.

We also discuss Trump’s first significant speech in Washington since the attack, and whether the Republican Party will detach itself from his toxic actions, disinformation, and invective.

When you swing at the wannabe king and his supporters, you best not miss.

The Justice Department has moved cautiously because they know that once they announce the prosecution of Donald Trump, Trump will scream, “Witch Hunt”, “Hoax”, and “I’m the Victim”. And he will call his supporters onto the streets.

So do you risk that further division and confrontation even if you think the evidence points to Trump facing prosecution and even prison time?

My answer to that question:

You have to. This is the greatest domestic threat to US democracy since 1865.

You have a man who has been willing to flout the law, flout the Constitution, flout the US System, and is willing to support and lead violence by his supporters if he thinks he will succeed.

So, no, America cannot afford to let Donald Trump off the hook.