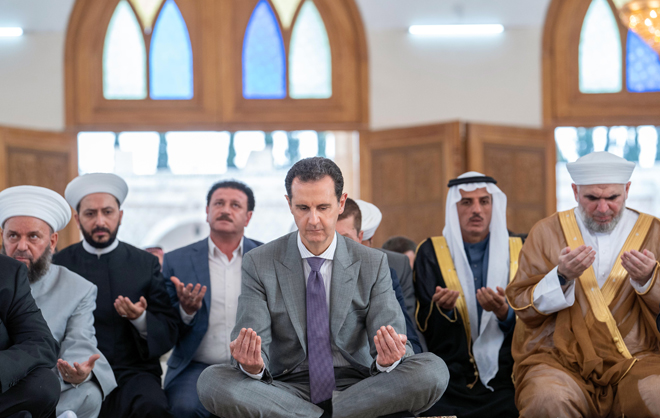 Bashar al-Assad has made his first visit to Syria’s largest city Aleppo since the country’s uprising of March 2011.

Opposition groups took control of eastern Aleppo city from 2012, as well as much of Aleppo Province and northwest Syria. Russia’s military intervention in September 2015 enabled pro-Assad forces to check the advance and then erode the opposition through intense bombardment, siege, and ground assaults.

Killing thousands of civilians and destroying or damaging infrastructure, including almost all medical facilities, the Russian-regime offensive reoccupied eastern Aleppo city in December 2016. Tens of thousands of people were forcibly transferred to other opposition areas in northwest Syria.

However, the regime has struggled to repair the widespread damage, despite a deal with Tehran to rehabilitate five power plants. Before the uprising, Aleppo produced 1,000 megawatts of power — five times the capacity of the thermal plant visited by Assad on Saturday.