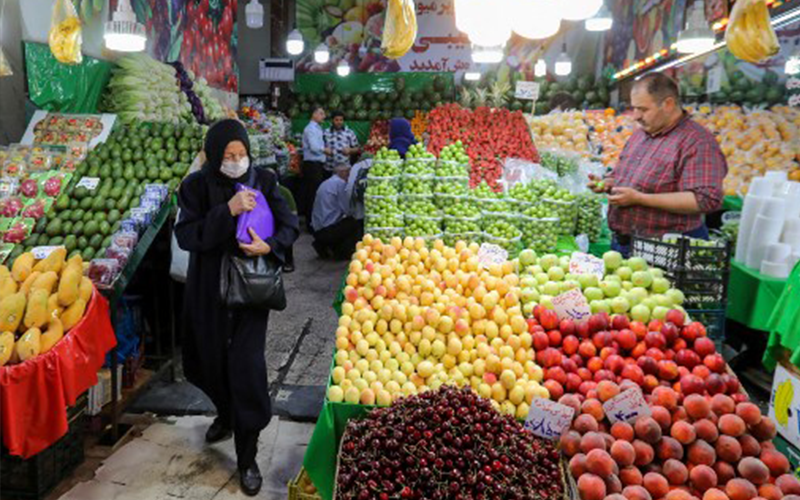 The Islamic Republic set a new record in the month ending June 21 with a 12.2% rise in monthly inflation. For food, the spike was 25.4%.

The shock was fed by the Government’s changes to subsidies at the start of May, which set off nationwide protests, and by the devaluation of the Iranian currency

The point-to-point inflation rate measures the prices of products compared to their equivalent 12 months earlier. Iran’s official consumer price index put inflation at 39.4% for the past year.

The Raisi Government has not announced any substantive measures to deal with the soaring prices. Instead, it has temporarily raised monthly cash handouts to some Iranians, with a medium-term plan for “electronic coupons” to compensate families for the higher cost of basic food items.

Writing for Amwaj Media, economist Bijan Khajehpour notes that the measures do not address fundamental causes such as “the imbalance in the state budget and the inability to control liquidity”, with deficits covered by the printing of money. High interest rates are losing their potential to contain the excess of liquidity.

Khajehpour says an optimal subsidy system and introduction of modern financial system could deal with corruption, mismanagement, and smuggling.

However, they will not address the chronic budget deficit — and Khajehpour’s invocation that “the Raisi administration should restore the 2015 Iran nuclear deal” appears a distant prospect amid the stalled discussions between Iran and the 5+1 Powers (US, UK, France, Germany, China, and Russia).