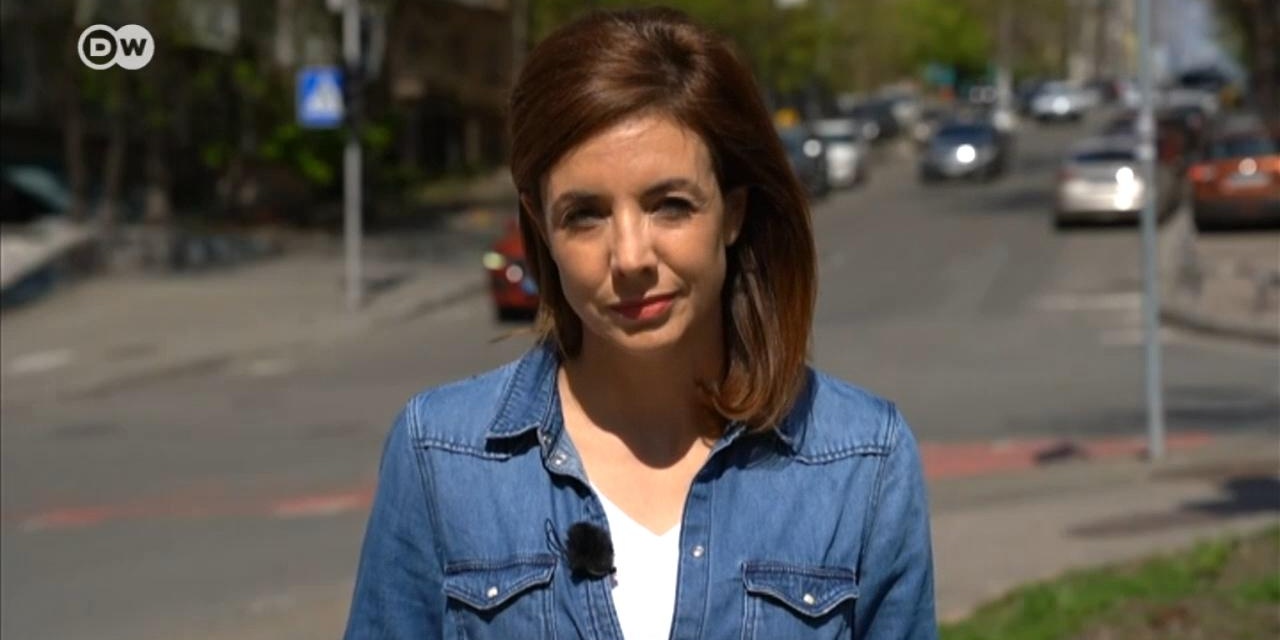 A Russian missile strike has damaged the runway of the Odesa airport in southern Ukraine, knocking it out of use.

There were no casualties.

Residents of a village near Kharkiv, reclaimed by Ukrainian forces, are speaking about life in “terrible fear” under Russian occupation.

Hundreds of civilians were moved out of Ruska Lozova in northeast Ukraine as the Ukrainian military secured the area.

On the sixth day, the electricity and the water were cut off….We went back to our apartment after a week and there was an armoured personnel carrier under our window. We were very scared.

There was a boy riding a bicycle, [Russian soldiers] stopped him, put a bag over his head and tied his arms. Someone asked what they were going to do to him….It was humiliation above all.

Svitlana Perepilitsa, 23, said of the fighting in recent days:

We had two nights which were scary as hell….the night before last we thought the sky was burning, the whole village was burning.

These are the indicative estimates of Russia’s combat losses as of April 30, according to the Armed Forces of Ukraine. pic.twitter.com/ran792ghJ8

The latest explosions in the Bryansk region of Russia near the Ukraine border have damaged an oil terminal and adjacent territory.

Governor Alexander Bogomaz said there are no “victims”. He claimed air defences prevented a Ukrainian aircraft from overflying the region.

There have been a series of blasts in Bryansk — a logistics base for the Russian invasion of Ukraine — since March 29, damaging a fuel depot. On Tuesday, explosions rocked two oil depots in Bryansk city.

The Zelenskiy Government approached an acknowledgement of its responsibility for the attacks, with Presidential aide Mykhailo Podolyak tweeting: “Ukraine will defend itself in any way, including strikes on the warehouses and bases of the killers in Russia. The world recognizes this right.

UK Defence Secretary Ben Wallace effectively endorsed strikes, “If Ukraine did choose to target logistics infrastructure for the Russian army, that would be legitimate under international law.”

The Mariupol City Council says besieging and occupying Russian troops have stolen more than 2,000 items from museums, including icons, more than 200 medals, and works by the Russian painters Arkhip Kuindzhi and Ivan Aivazovsky.

The Ukrainian military retook a village near Kharkiv in the northeast on Friday. A US Pentagon official said that while Russian artillery was shelling the 300-mile eastern front, Moscow’s forces had only made “incremental” gains.

Russia still faces considerable challenges. It has been forced to merge and redeploy depleted and disparate units from the failed advances in north-east Ukraine. Many of these units are likely suffering from weakened morale.

The situation in the Kharkiv region is tough. But our military, our intelligence, have important tactical success.

In Donbas, the occupiers are doing everything to destroy any life in this area. Constant brutal bombings, constant Russian strikes at infrastructure and residential areas show that Russia wants to make this area uninhabited.

A US citizen, fighting alongside Ukrainian forces, has been killed in Russia’s invasion.

Willy Joseph Cancel, a former US Marine and employee of a military contractor, was slain on Monday.

Cancel worked as a corrections officer in Tennessee and signed up to work with the private contractor just before the invasion.

His mother Rebecca Cabrera said, “He wanted to go over because he believed in what Ukraine was fighting for, and he wanted to be a part of it to contain it there so it didn’t come here, and that maybe our American soldiers wouldn’t have to be involved in it.”

She said her son’s body has not been found.

ORIGINAL ENTRY: Ukraine President Volodymyr Zelenskiy has noted Vladimir Putin’s attempt to “humiliate the UN and everything that the organization represents”, with the firing of five cruise missiles on the capital Kyiv just after Zelenskiy met UN Secretary General António Guterres on Thursday.

One victim was identified as Vera Hyrych, a journalist who worked for Radio Svoboda and US outlet Radio Liberty and who lived in an apartment block next to the Artem factory. Kyiv Mayor Vitaly Klitschko said the body of another civilian was found in the rubble of the 25-story building.

Another 16 people were injured.

This says a lot about Russia’s true attitude to global institutions, about the Russian leadership’s efforts to humiliate the UN and everything that the organization represents.

Noting Russian missile strikes on other cities, such as Fastiv and Odesa, he summarized, “[These] once again prove that we cannot let our guard down. We cannot think that the war is over. We still have to fight. We still have to drive the occupiers out.”

During the meeting with @antonioguterres in #Kyiv, we heard explosions, russia launched a missile strike on the capital. I am sure that such defiant behavior of the occupier will be assessed properly by the @UN Secretary-General. War in #Ukraine is an attack on world security!

In interviews with Al Arabiya TV and with China’s Xinhua news agency, Russian Foreign Minister Sergey Lavrov did not acknowledge the civilian casualties. Instead, he pointed to the Kremlin’s concern with escalating military support for Ukraine.

Lavrov said any weapons shipment is a “legitimate target…because those weapons are to be handed to the regime that is waging a war against its own population, against civilians in the country’s east”.

He fumed to Xinhua:

By publicly expressing support for the Kyiv regime, NATO countries are doing everything to prevent the completion of the operation by reaching political agreements.

If the US and NATO are really interested in resolving the Ukrainian crisis, then, firstly, they should change their minds and stop supplying arms and ammunition to Kyiv.