EA on CNN 18: Honesty About Human Rights in India 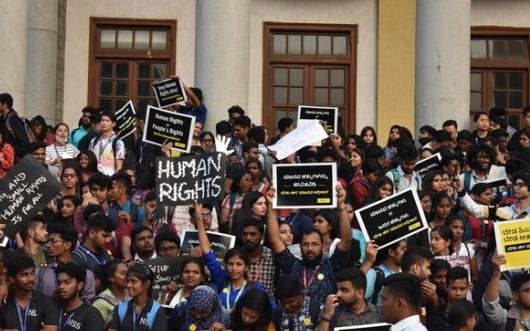 A march for human rights in Bangalore, India in 2018 (Amnesty India)

I joined a panel on CNN 18 on Thursday, pushing back against the line that human rights in India should not be a concern for anyone outside the country.

With the presenter and some of the guests proclaiming that the issue is simply a “Western narrative” and “Western larceny”, I explain that discrimination, violence, and injustice — wherever it occurs, from Washington to London to Beijing to Delhi — should not be brushed aside.

I also note that the line is, in part, an attempt to divert from the question of India’s position over the Russian invasion of Ukraine.

The issue is not US v. India over Ukraine. The issue is an ongoing Russian invasion of Ukraine, with mounting reports of war crimes and killings of civilians.