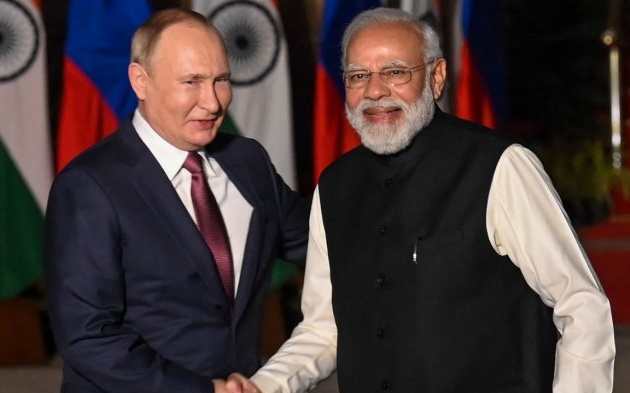 I joined India’s CNN 18 on Tuesday to analyze the Indian Government’s tightrope walk, amid Russia’s war on Ukraine, between economic and military links with Moscow and the risk of appearing to support — or at least excuse — Vladimir Putin’s invasion.

Int'l Affairs Expert/Emeritus Prof of International Politics, University of Birmingham @ScottLucas_EA : US foreign policy has been criticized on a number of fronts.'

The “US v. #Russia” narrative in India is a diversion. It’s a diversion to hide from the choices which may need to be made. The fundamental here is not about the US: it’s about Russia v. Ukraine and then Russia v. the international community.

The Russian invasion is trying to rip up rules of the game, as imperfect as they are. If Putin can attack Ukraine, why can’t China attack India because it is “too close” to West w the Quad? Why can’t Pakistan attack India on the pretext of Delhi having an “extremist” Government?