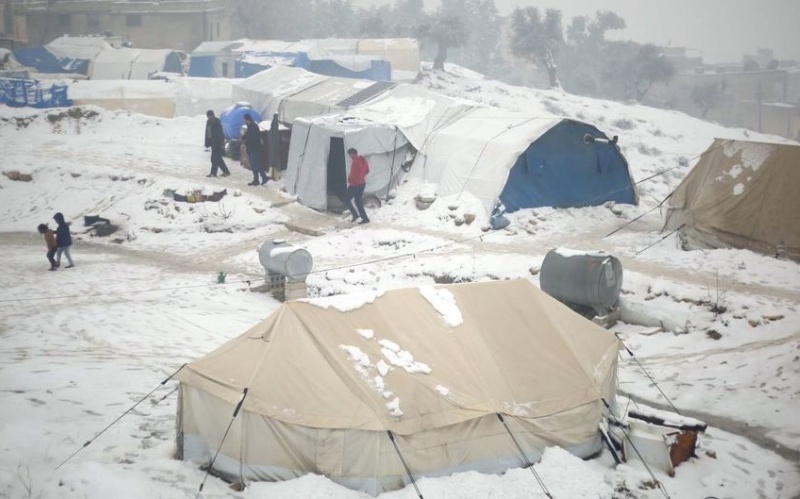 United Nations officials have emphasized that displaced civilians are enduring “disastrous conditions” in northwest Syria, amid days of a heavy snowstorm.

About 2.8 million displaced — among a population of about 4 million — in opposition-held parts of Idlib and Aleppo Provinces have fled homes in Syria’s 130-month conflict. They have endured Russia-Assad regime bombing, cutoffs of aid, and periodic shelling, breaking a March 2020 ceasefire meant to end an 11-month Russian-regime offensive which seized part of the region.

The UN says almost 1,000 tents collapsed because of the snowfall, which reached more than 40 centimeters (15.7 inches) in some places. Deaths, including of an infant, have been reported since the storm began on January 18.

Mark Cutts, the UN Deputy Regional Humanitarian Co-ordinator for Syria, told reporters on Monday of “some real horror scenes”: “No one should live in these conditions….[This is] absolutely unacceptable.”

He said about 100,000 people have been seriously affected by heavy snow and about 150,000 have been enduring rain and freezing temperatures.

Cutts noted that because of a lack of equipment — even shovels — snow-clearing operations are being conducted by hand as children walk in sandals. He said tents must be replaced by more durable shelters.

Only 45% of the UN’s request for more than $4 billion in aid was collected. last year.

In 30 seconds, you can see the harsh conditions that IDPs in #Shamarin camp north of #Aleppo live in after the snowstorm that hit northwestern #Syria today.#WhiteHelmets pic.twitter.com/4mXMTprCLg