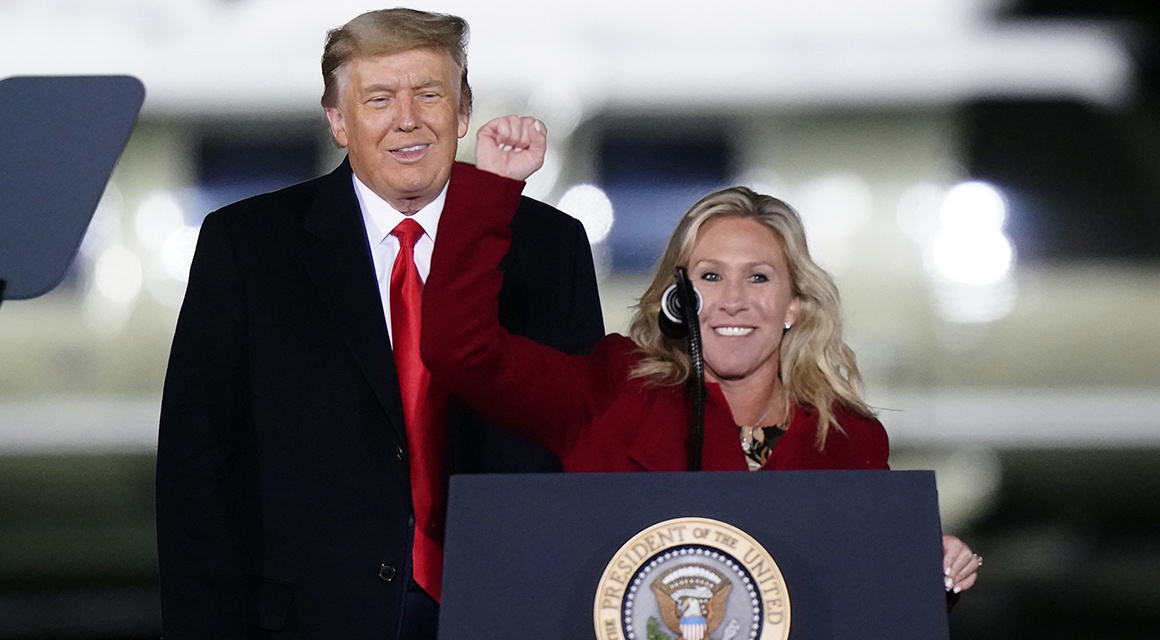 Twitter permanently suspends the personal account of Republican Rep. Marjorie Taylor Greene, a Coronavirus denier and far-right supporter of the conspiracy movement QAnon, over her misinformation about the pandemic.

Greene was suspended for 12 hours last July after she declared that Coronavirus was “not dangerous for non-obese people and those under 65″. The suspension was extended to a week in August when she lied that vaccines were “failing”.

Greene’s official Congressional account is still live, as it has not posted the Coronavirus misinformation. The last tweet, on December 24, was a video wishing the representative’s supporters Merry Christmas.

Twitter has implemented a “strike” system for violations of a policy barring accounts from sharing content that is “demonstrably false or misleading and may lead to significant risk of harm”. Five strikes can lead to a permanent suspension.

Last week the platform suspended Dr. Robert Malone, an American virologist and immunologist involved in research on mRNA technology in the 1980s. With his high-profile misinformation about vaccines, he has become an icon for the anti-vaccination movement.

Donald Trump was permanently suspended in January 2020, days after his supporters invaded the US Capitol, attacked police officers, and threatened to kill Vice President Mike Pence and legislators. Twitter said Trump’s posts were an incitement to violence.

Greene responded on Sunday that Twitter “is an enemy to America and can’t handle the truth. That’s fine, I’ll show America we don’t need them”. She circulated the message on the site Gettr, run by Donald Trump’s advisor Jason Miller.

The representative was elected in November 2020 in Georgia’s conservative 14th Congressional District, following her prominence on social media with invective and conspiracy theories. She has continued the tactics in Washington, threatening colleagues such as Democratic Reps. Alexandra Ocasio-Cortez, Ayanna Pressley, Rashida Tlaib, and Ilhan Omar and warning House Speaker Nancy Pelosi that she might be executed.

Congressional leaders in both parties condemned her last spring for comparing Coronavirus mask policies to the Nazi requirement for Jews to wear Star of David badges. While escaping censure, she was removed from House committees.

Greene was also criticized for her endorsement of QAnon; her claim that mass shootings, including the February 2018 killing of 17 staff and students at a Florida high school, were “fake”; her assertion that a plane never hit the Pentagon on September 11, 2001; her explanation that a “Jewish space laser” caused California wildfires; and her recycling of the QAnon line that Supreme Court Justice Ruth Bader Ginsburg was replaced with a body double.

Despite the reprimand, Greene has continued to assail pandemic measures and refuses to wear a mask on the House floor.