EA on Monocle 24: The US and Next Steps Over Putin’s Threat to Ukraine 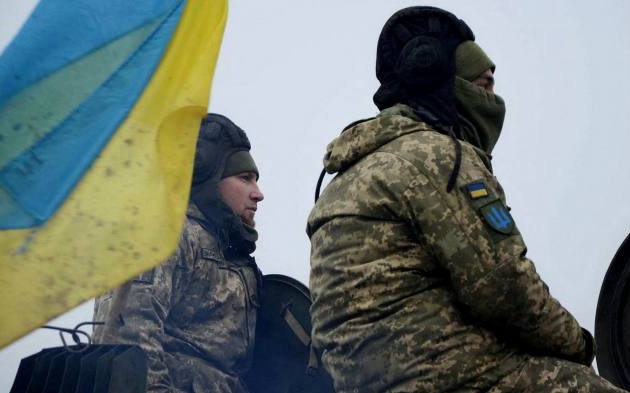 Ukrainian troops on exercise in the east of the country (Reuters)

As President Joe Biden warns Russia’s Vladimir Putin of a “decisive response” over any Russian cross-border military operations into eastern Ukraine, I spoke with Monocle 24’s Georgina Godwin on Monday about the next steps by Russia, the US, European countries, and NATO.

I give the essential background, with Moscow trying to split and destabilize Ukraine after the pro-Russian leader Viktor Yanukovych was ousted by popular protests in 2014. I assess the united front presented by Washington, Europe, and NATO over Russia’s deployment of about 100,000 troops on the border, and how Putin is recalibrating his tactics with the attempt to portray Moscow as a victim rather than an aggressor.

You don’t tip your hand to the Russians over what you might do if they raise the stakes on this. When you’re dealing with someone like Vladimir Putin, you put some cards on the table, but you keep some close to your chest….

Putin was saying, “What are you doing to do about this?” And so far the US, Europe, and NATO have been firm in saying, “This is what we’re going to do” — which is why Russia is a bit on the back foot now.

UPDATES: Biden to Putin — US and Allies Will “Respond Decisively” Over Russia Attack on Ukraine