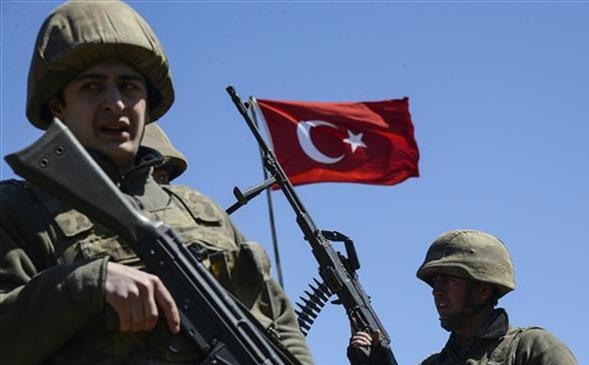 Three Turkish soldiers were killed and several wounded in a bombing on Saturday in southeastern Turkey near the Syrian border.Turkish Defence Ministry said a handmade explosive detonated in the town of Akcakale, striking the vehicle in which the victims were travelling. It blamed “terrorists” without providing details.

Akcakale is across the border the Syrian town of Tal Abyad, taken by Turkish forces and anti-Assad fighters from a Kurdish militia in October 2019.

Turkish troops have been alongside the anti-Assad units in north and northwest Syria since August 2016, initially to push out the Islamic State and then to take almost all of the Kurdish canton of Afrin.

There have been a series of bombings and attacks on Turkish forces. Ankara usually blames them on the US-supported Kurdish YPG militia, which Turkey considers to be part of the Turkish Kurdish insurgency PKK.