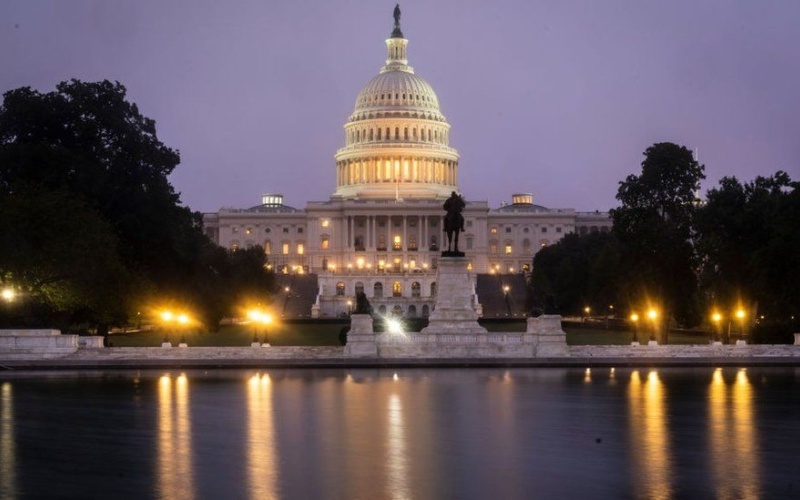 Congress has raised the US debt ceiling, averting a default by the Federal Government, after a one-time deal between Democrats and Republicans.

A 221-209 vote by the House late Tuesday night raised the limit to nearly $31 trillion. That will allow the Treasury to pay interest on almost $29 trillion in loans by the Government before the possibility of default on Wednesday.

The new ceiling is expected to be sufficient until 2023.

Republicans had blocked a long-term increase for more than months. However, on Tuesday Senate Minority Leader Mitch McConnell agreed to a face-saving compromise which would permit a raise in the debt ceiling while GOP Senators voted against it.

McConnell waived the filibuster, which permits Republicans to block any legislation unless it has at least 60 votes. The Senate then advanced the measure by a simple majority.

“Responsible governing has won on this exceedingly important issue,” Senate Majority Leader Chuck Schumer said on the floor. “The American people can breathe easy and rest assured there will not be a default.”

The House confirms passage of a bill to raise the US debt ceiling through early December and avert the first default by the Federal Government.

The chamber voted 219-206, along party lines, on Tuesday to raise the debt limit of $28.4 trillion by $400 billion. President Joe Biden is expected to sign it quickly, beating the Government’s breaching of the ceiling on Monday.

The Treasury has estimated that the rise is enough to fund the Government through December 3. Senate Minority Leader Mitch McConnell, who agreed only last week to the short-term rise, has said that he will block any further measure — despite the Republicans generating record debts during the Trump years.

Addressing the 206 Republicans who unanimously objected in Tuesday’s vote, House Speaker Nancy Pelosi of California said, “What do you have against our own economy, where this catastrophe of unbelievable proportions could have impacts for over 100 years? Don’t you care about that?”

ORIGINAL ENTRY, OCT 8: The US Senate passes a bill raising the debt ceiling through early December, temporarily averting a historic default by the Federal Government.

The legislation was adopted after Senate Minority Leader Mitch McConnell suspended his pledge to obstruct any initiative by the Biden Administration, avoiding blame for a first-ever default with global consequences for the US economy.

Despite McConnell’s shift, 38 of 50 Republicans refused to take up the bill. Eleven GOP Senators, plus all 50 Democrats, ensured 61 votes to break — by a one-vote margin — the Republican filibuster.

The final vote on the bill was 50 to 48 along party lines. The House is expected to pass the measure on Tuesday.

Senate Majority Leader Chuck Schumer said, “Republicans played a dangerous and risky partisan game, and I am glad that their brinkmanship did not work. What is needed now is a long-term solution so we don’t go through this risky drama every few months.”

The bill raises the statutory debt limit of $28.4 trillion by $480 billion, estimated to allow Government borrowing through at least December 3.

The Treasury projected that, without a rise in the limit, the Government could not meet all of its obligations by October 18.

Some Republican Senators thought the rise in the limit would safeguard the Government until at least January. But analysts warned that there is no certainty, even of the December 3 projection.

“There is no way to predict with any precision exactly how much you would need to increase the debt limit by to get to a certain date,” said Shai Akabas, director of economic policy at the Bipartisan Policy Center.

Despite the prospect of serious economic consequences, Republican Senator Ted Cruz of Texas loudly objected to the breaking of the GOP filibuster as a “strategic mistake by our leadership”: “We were on the verge of victory, but we turned that victory into defeat.”

He snapped, “Chuck Schumer won this game of chicken.”

Donald Trump piled on, accusing McConnell of “folding to the Democrats” and demanding that Republicans not vote for “this terrible deal”. Sen. Lindsey Graham of South Carolina followed suit, denouncing McConnell for a “complete capitulation”.

Sen. Lisa Murkowski of Alaska, one of the 11 GOP senators who voted to end the filibuster, offered a far different view: “While not perfect, I think it gets us there, and so I’m going to be supportive of his proposal.”

Up to Thursday, McConnell had held out against the rise in the debt ceiling, demanding that Democrats abandon the historic $3.5 trillion budget proposal for social and environmental programs.