EA on Times Radio and BBC: The Minneapolis Referendum on Public Safety 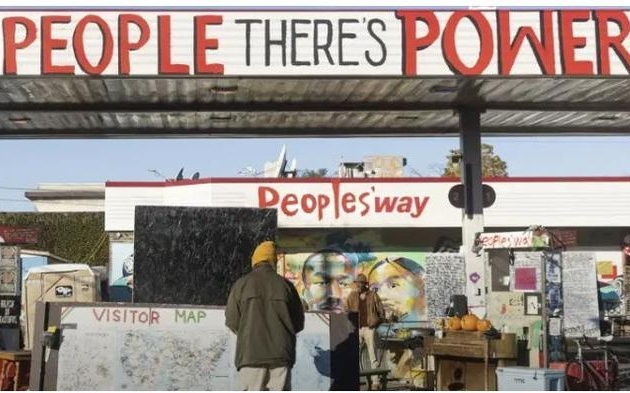 With 56% of Minneapolis voters rejecting the relabelling of the police department as the Department of Public Safety, I joined Times Radio’s Stig Abell on Wednesday morning. I explain how the conduct of the referendum and media coverage distorted the vital issues at stake around policing and the community, with the outcome of further “division rather than dialogue”.

This was an issue exaggerated beyond all productive discussion. On the one hand, you had this slogan of “Defund the Police”, which was counter-productive because it didn’t represent how you reform the police as part of public safety, working with other professionals on issues such as domestic abuse, drug use, and safety in housing. On the other hand, you had opponents who could whip up this scare headline that police officers would be abolished.

In the end, people were being asked for a Yes or No vote on a simplistic and even false representation of the issues.

I’m worried that we have lost the ability for dialogue rather than division.

ORIGINAL ENTRY, NOV 2: As Minneapolis residents vote on a referendum to relabel the police department as the Department of Public Safety, I cut through the reality v. distortion in a 10-minute interview with BBC 5 Live’s Adrian Chiles.

I begin by sweeping away the headline disinformation, in the US and UK, that Minneapolis is “abolishing police” or implementing “Defund the Police”, more than 17 months after the killing of George Floyd by officer Derek Chauvin.

Then I appeal for consideration of the important issues at hand, including the shift from confrontation-first policing to a culture and organization for community security, integrating the police with other social agencies and programs.

See also Derek Chauvin Convicted of George Floyd’s Murder — But Will There Be National Police Reform?

The noble sentiment was that there needed to be a hard look at policing across the US because of decades of what has been at times systemic racism, violence against many people, and lack of accountability.

But the slogan of “Defund the Police” was seized on by right-wing politicians to say these lefties, these dangerous liberals want to get rid of all police officers.