Derek Chauvin Convicted of George Floyd’s Murder — But Will There Be National Police Reform? 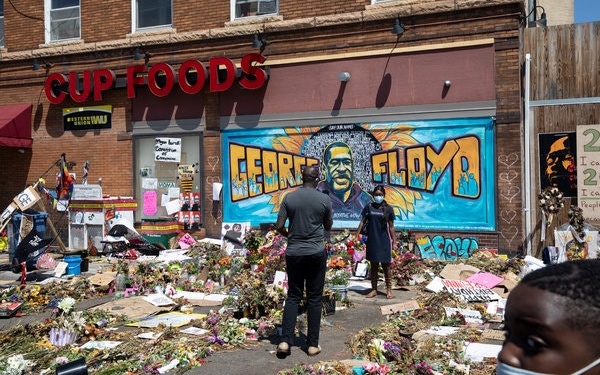 The inquiry will examine whether police officers routinely use excessive force or treat minorities unfairly. Training and accountability practices will be examined.

“Good officers do not want to work in systems that allow bad practices,” Garland said on Wednesday at the Justice Department. “Officers welcome accountability because accountability is an essential part of building trust with the community and public safety requires public trust.”

Beyond last May’s murder of George Floyd by officer Derek Chauvin, Black residents — 20% of Minneapolis’s population — are more than 60% of the victims of police shootings from late 2009 through May 2019.

Minneapolis Chief of Police Medaria Arradondo responded to Garland, “I look forward to sharing the great work done by our teams, day in and day out, with the Department of Justice and getting their feedback on how we can serve our communities even better.”

ORIGINAL ENTRY, APRIL 21: Attention may turn to a bill for national police reform after the conviction of Minneapolis officer Derek Chauvin for the murder of George Floyd in May 2020.

In March, the Democratic-majority House passed the police reform bill. It bans chokeholds, and it ends qualified immunity, which shields officials accused of violating the constitutional rights of others. A national registry will track police officers found to have engaged in misconduct.

Vice President Kamala Harris worked with legislators in the drafting of the measures.

On Tuesday evening, President Joe Biden said, “George Floyd was murdered a year ago. There is meaningful police reform legislation under his name. You just heard the Vice President speak of it — she helped write it.”

Here’s the truth about racial injustice. It is not just a Black America problem or a people of color problem. It is a problem for every American. It is keeping us from fulfilling the promise of liberty and justice for all. And it is holding our nation back from realizing our full potential.

Biden said the guilty verdicts on Chauvin, who knelt on Floyd’s neck for 9 minutes and 39 seconds after the Minneapolis man was accused of passing a counterfeit $20 bill, was a potential “giant step forward in the march toward justice in America”.

It was a murder in the full light of day, and it ripped the blinders off for the whole world to see. For so many, it feels like it took all of that for the judicial system to deliver a just — just basic accountability.

Just after the verdict was announced, Biden called members of George Floyd’ family: “We’re all so relieved. I’m anxious to see you guys, I really am.”