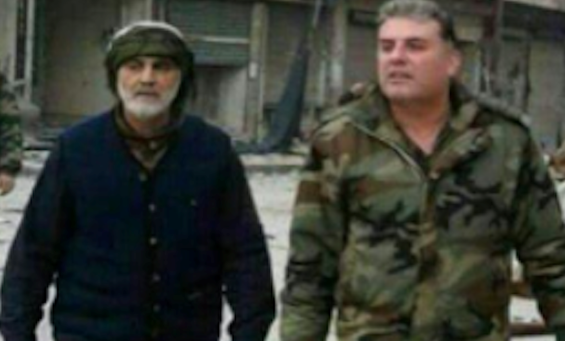 Maj. Gen. Qassem Soleimani (L), the head of Iran’s Quds Forces, in Aleppo, Syria in late 2016. Soleimani was assassinated by a US drone in Baghdad, Iraq in January 2020.

I joined the TRT World Forum for a 90-minute special on Iran’s role in Yemen, Syria, and Iraq since the uprisings across the Middle East in 2011.

The other panellists are Yemeni analyst Baraa Shiban and the University of Exeter’s Dr. Tallha Abdulrazaq.

We look at Tehran’s motives for intervention, the effects upon millions of civilians, and whether Iran’s position is one of strength or weakness across the region.

At the start of Syria’s uprising, Iran called for reform and not mass killings. But once the Assad regime pursued that mass killing — from massacres on the ground to sustained bombing to barrel bombs to chemical attacks — Iran never drew the line.