EA on talkRADIO: The UK’s Government of Sleaze 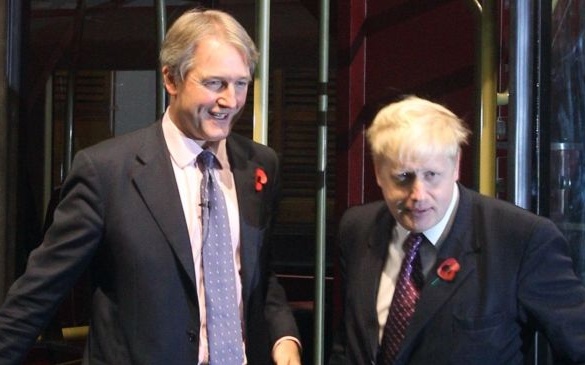 I joined talkRADIO on Saturday for two interviews about the latest corruption scandal engulfing the UK’s Johnson Government.

This week Prime Minister Boris Johnson ordered Conservative MPs to support the scrapping of the Parliamentary system for standards, as Tory MP Owen Paterson faced a suspension over six-figure rewards from two companies for pushing their products and not declaring his interest.

After an outcry from opposition parties to newspapers to members of the public, Johnson — who has been under regular scrutiny by the independent Parliamentary commission and by the London Assembly — suddenly reversed his position, angering many of the Conservative MPs who had obeyed the whip to undermine the system.

The 15-minute analysis begins with the comments of former Conservative Prime Minister John Major that the current Government is “shameful” and “un-Conservative” with its shredding of standards and its willingness to deceive.

This is not just a comparison between two men, but also between the Tory Party of the 1990s and of today — and of the British system then and now.

In part, John Major is labelling the Government “un-Conservative” because it’s ripping apart the system he put in place after the cash-for-questions scandal more than 25 years ago….

What he is arguing is that the Tory Party has been sacrificed or is being held hostage by those individuals using the party and the country for their personal gain.

See also From Henry V to “Build Back Beaver”: The Depth of England’s Brexit Disorder

In the 20-minute chat, we also discuss the crush at a Houston, Texas music festival in which eight people were killed and others seriously injured, and we look at the outcomes so far from the COP26 climate change summit in Glasgow, Scotland.