From Henry V to “Build Back Beaver”: The Depth of England’s Brexit Disorder 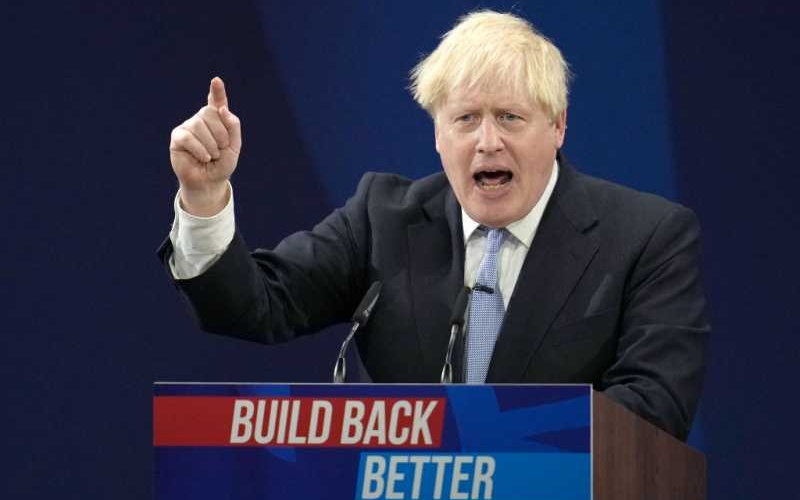 Act 1: After more than a month of discussions in Ireland, Northern Ireland, and London, the European Union’s Brexit commissioner Maroš Šefčovič offers a compromise to prevent the UK’s breaking of the Northern Ireland Protocol.

Šefčovič announces that the EU will remove 80% of checks on foods entering Northern Ireland from Great Britain and will halve the checks on manufactured goods.

But the Johnson Government has already damned the proposal. A day earlier, its hardline negotiator Lord Frost said that the European Court of Justice must be removed entirely from arbitration of the Protocol, a condition that Brussels will never accept.

Act 2: UK Foreign Secretary Dominic Raab says the UK must be able to “correct” rulings by the European Court of Human Rights.

Raab does not explain why the ECHR’s approach to human rights is deficient. Instead, he proclaims that he will “protect and preserve the prerogatives of [the UK] Parliament from being whittled away by judicial legislation, abroad or indeed at home”. Raab adds that it is “elected lawmakers” rather than the rule of law which should govern public services.

Act 3: Petrol is again reaching the forecourts of UK stations. But Brexit-boosting tabloids now warn of Christmas shortages as “Panicked Parents Phone Toy Shops in Tears“. There is a logjam of containers at the port of Felixstowe, as the world’s largest shipper Maersk diverts vessels from the UK. Chief financial officers of Britain’s largest companies anticipate labor shortages and supply disruptions through 2023.

Act 4: Facing the problems of Brexit and supply lines and the ongoing Coronavirus pandemic, Prime Minister Boris Johnson responds at the Conservative Party Conference with Twitter videos and a speech:

Johnson does not mention the shortages of petrol, food items, or gifts for the Christmas season. He does not refer to the increased cost of business with Europe. There is no reference to Northern Ireland, apart from the “A75 in Scotland”. His only attempt at “rule of law” consists of an Asia-Pacific tour of the aircraft carrier Queen Elizabeth II with HMS Queen Elizabeth with dozens of F35s and 66,000 sausages aboard”.

Johnson fills the void with distortions. His “48 new hospitals” are, in fact, only six which have been started and may or may not be completed. His “68 trade deal” include 63 which were already in place before Brexit.

The Prime Minister follows up in a BBC interview dismissing the damage of the pandemic, Brexit, and his Government’s health and social policies: “Never mind life expectancy or cancer outcomes. Look at wage growth.”

My initial intention was to write an in-depth analysis of the latest tension over the Northern Ireland Protocol, with the attendant economic and trade problems and the threat to Irish stability.

But I wrote that analysis in December, with the warning that the UK could not gets its Holy Grail of a US trade deal without a resolution of the issue and no Irish “hard border”.

In January, it was the suspension of trade between Northern Ireland and Great Britain because of the “extra layer of red tape“.

In March, it was “Slouching Towards the Irish Sea” as Cabinet minister Michael Gove, and his progress with the EU’s Šefčovič, was replaced by Lord Frost.

In June, it was “Cutting Off A Northern Ireland Nose to Spite A Global Face”, as Prime Minister Johnson picked a fight with French President Emmanuel Macron at the G7 Summit in Cornwall.

In September, it was the “Johnson Government’s Dead End on Northern Ireland”, with Frost’s bluster in Parliament that the UK is ready to suspend the Protocol and break the Brexit deal.

I could write yet another analysis but, like Sisyphus’s rock, it would just roll back down the hill.

Because I realize that this UK Government does not want a resolution, both to its economic bind and the Irish issue, such as rejoining the European Single Market. It does not want a compromise preserving trade, supplies, and a measure of stability.

Short of the EU’s abject capitulation, this Government wants a perpetual crisis which it will blame on Brussels.

“England” and the Manufacture of Crisis

Johnson builds upon the crisis of Brexit because he has no sensible economic or social alternative.
Indeed, the entire project has been based not on the rational but on the emotive of English — not British or UK, but English — identity.

See also Why “England” Embraced The Self-Inflicted Damage of Brexit

More than 600 years after the Battle of Agincourt, more than 420 years after Shakespeare’s Henry V with its “band of (English) brothers”, the tactic is the same: counter, or even embrace, adversity with two fingers up to Europe. “Independence Day”, Nigel Farage’s yelp on the night of the referendum, is recycled with no substance beyond “independence”. The foreseeable tangles and downturns of the Agreement are presented, and thus avoided, as “wars” of sausage and fish. Brexiteers invoke English empire over the Irish, if only in pounds and ounces: “UK Must Pound The Table For The Return of Imperial Measures in Northern Ireland”.

For the superficial of Johnson’s showman, the English scenario is ideal. The plagiarist turned Churchill biographer steals from the wartime leader, from his “cigar in a wash bag” and V-signing to his “Golden Age” rhetoric to his “spontaneous” pose as a painter — Churchill’s preferred avocation.

Yet even in the posing, there is unintentional and undermining irony. Johnson’s landscape of a sunset was not from Torquay or Brighton, but from his £25,000-a-week estate — gifted to him free of charge by Conservative peer Zac Goldsmith — in Marbella. In Spain. Within the EU.

Meanwhile, Lord Frost meets with Maros Šefčovič, two days after the EU’s compromise announcement. The Englishman postures about the need for significant changes to the current arrangements…including on governance”.

Simon Usherwood of the Open University summarizes, “The UK wants to hold [the Northern Ireland Protocol] in an unstable situation, to avoid wearing the costs of Brexit domestically, but this isn’t a long-term strategy.”

For the wannabe Churchill, that does not matter. The timeline for the “manufacture of crisis” is just to get to the next election in 2023. But for the rest of us, the English play is not Henry V but Richard III.

Now is the winter of our discontent.