Amnesty Calls for Release of 2 Dual Nationals from Iran Prison 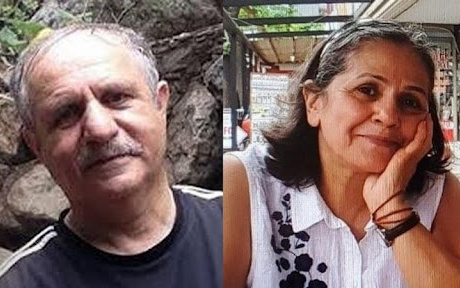 Amnesty International is calling on Iran’s officials to release two dual nationals, German-Iranian Nahid Taghavi and British-Iranian Mehran Raoof, who have been in Tehran’s Evin Prison since October 2020.

Both have been held in prolonged solitary confinement. In August, each was sentenced to 10 years and 8 months on national security charges in a “grossly unfair trial”, according to Amnesty. The two had publicly supported freedom of expression and association, workers’ rights, and women’s rights.

The organization added that Taghavi, 67, suffers chronic back pain and has been denied surgery on her spine while being forced to sleep on a thin blanket on the floor. It said Raoof, 64, has been subjected to abuse, including a room with the lights on 24 hours a day.

Amnesty is asking, pending the release of the detainees, that they provided adequate health care, access to a lawyer of their choosing, and consular assistance.

Iran’s Revolutionary Guards have regularly seized dual and foreign nationals for years, using them as leverage in negotiations.

Richard Ratcliffe, the husband of Anglo-Iranian political prisoner and charity worker Nazanin Zaghari-Ratcliffe, is in the third week of a hunger strike over Iran’s refusal to let her leave the country.