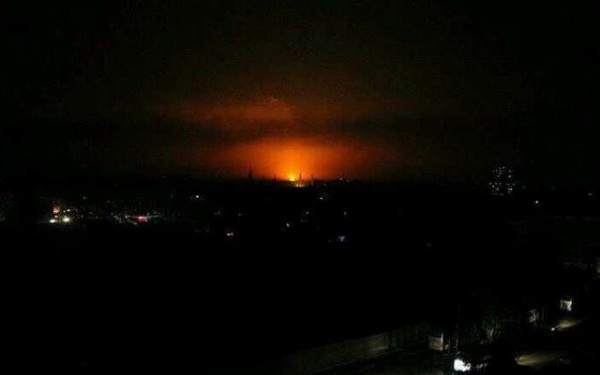 A blackout in Damascus, Syria in November 2016

Officials of Syria’s Assad regime are warning of an electricity crisis this winter in areas under their control.

An Electricity Ministry “official source” says this winter may be the most difficult so far because of the decline of supplies. He said the volume of gas has decreased more than 20% in recent days, while demands has increased by 20% to 30%.

As a result, rationing has increasing, reaching more than 20 hours per day in some provinces, including near Damascus and in Tartous in western Syria.

The director of a Damascus university said there are electricity shortages in accommodation because of a lack of heating oil to operate generators: “We asked to be provided with the necessary quantities of the material, but so far our allocations have not arrived.”

The Assad official said the immediate solution is to obtain more gas supplies. He gave no indication of how this would be achieved.

Most of Syria’s gas fields are in the northeast in Kurdish-controlled territory.

Other officials said the near-total blackout in Tartous is due to the theft of copper needed for the electrical grid.

The pro-Assad outlet al-Watan, citing local sources, said there is a “crazy rise” in prices for batteries. As a result, some residents now “live in almost complete darkness in their homes”.

Regime-controlled areas have been enduring widespread shortages of electricity, food, and essential supplies, with Damascus unable to fill tenders for imports. Subsidized rations of bread have been cut, with a decrease in quality and a surge in prices. Earlier this year, there were two-mile queues for petrol.