Cozying Up to Assad, Jordan Targets Journalists of Syria Direct 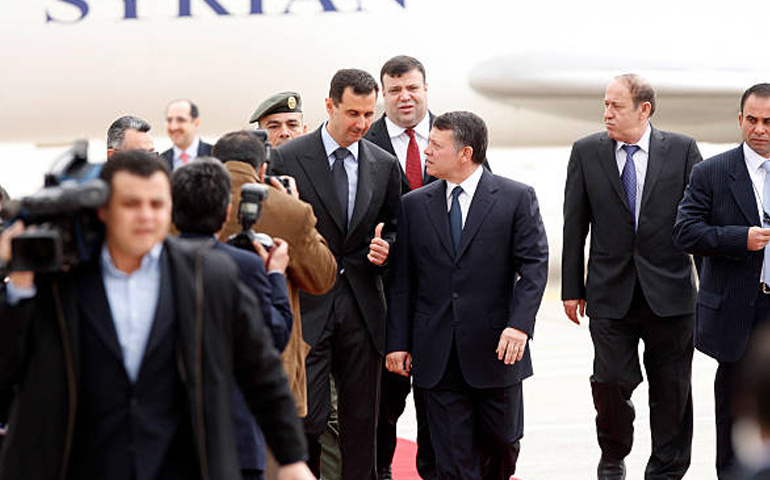 Moving towards “normalization” of relations with the Assad regime, Jordan’s authorities have targeted the journalists of Syria Direct.

The intimidation has forced Syria Direct, one of the key outlets for on-the-ground information from Syria, to close its Amman office. The site hopes to relocate in Berlin and resume its reporting, suspended since July 22.

The Jordanian General Intelligence Directorate began the campaign this spring, as King Abdullah moved towards a lifting of the political and economic isolation of the Assad regime.

An employee of a Western donor to Syria Direct noted, “Nothing has changed in their reporting. Nothing seemed to change except Amman’s rhetoric on Syria.”

In addition to its coverage of the Syrian conflict, Syria Direct trained hundreds of Syrians and Jordanians in the pursuit of professional journalism.

This spring, it posted a six-part video series about Syrians who have been displaced from their homes. In the last episode, released in June, a widow spoke about the occupation of her home in Homs by people close to the Assad regime.