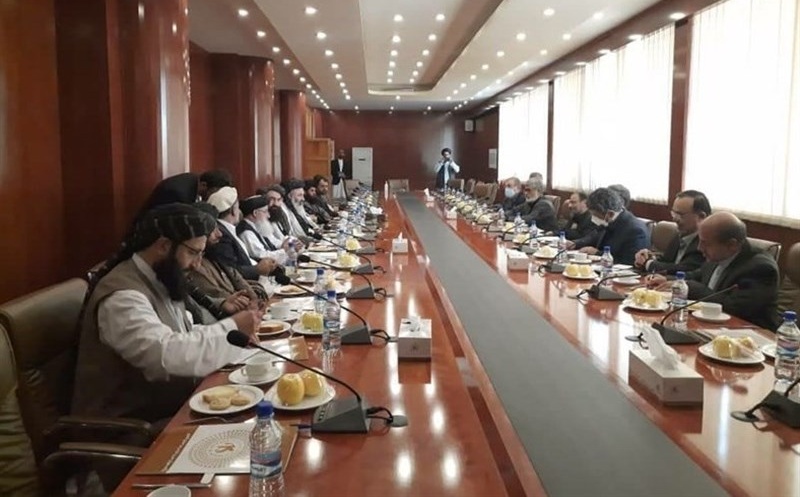 Taliban and Iran delegations in talks in Afghanistan, October 2021

Embracing rapprochement with the Taliban after its takeover of Afghanistan, Iran has declared “trade agreements”.

Tehran’s position has shifted several times since the Taliban moved across the country and captured the capital Kabul in mid-August.

Initially, Iran had to accept the loss of its position in and near Herat, the country’s third-largest city, in western Afghanistan. Its local ally Ismail Khan fled across the border into the Islamic Republic as his fighter laid down arms, and Iran set up temporary camps for refugees.

Iranian officials then cautiously welcomed the Taliban, with Tehran crowing about the defeat of the US after a campaign of almost 20 years. However, amid uncertainties about the formation of a national government and reports of Taliban abuses and killings across the country, Tehran began criticizing the Afghan movement.

That criticism gave way this week as Iranian outlets reported discussions and visit by a Tehran delegation to Afghanistan. They carried the statement of Taliban spokesman Zabihullah Mujahid of “agreements”.

The Iranian delegation was led by Mohammad Sadeq Mo’tamedian, the governor of Khorazan Razavi Province in northeast Iran. Talks focused on economic relations and trade, including exchange of information on tariffs; discussions over fuel shipments and arrangements such as Coronavirus tests for Afghan truck drivers; assessment of damages to railways; and resumption of road construction.

Mujahid also reported an agreement on 24-hour operations at the Islam Qala-Dogarun border crossing to improve and develop the land route, with transport of Afghan goods such as dried fruits to India via the Iranian city of Chabhar. Development of Afghanistan’s iron ore mines near the Iranian border is also on the agenda.

Further areas for cooperation include health and tourism, and an Iranian special exhibition in Kabul or Herat once the Taliban ensure security.

It finally noted that the Iranian and Afghan delegations have agreed to hold negotiations about cooperation in the health and tourism sectors.