Iran Hosts A Conference on Afghanistan 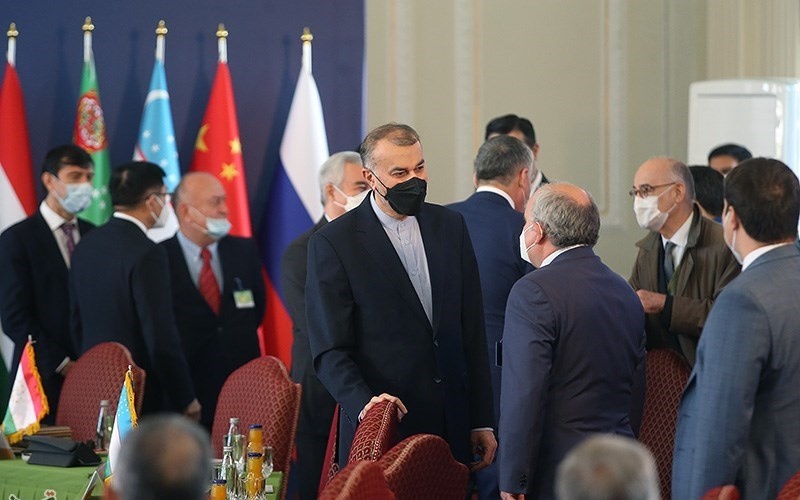 Iran is hosting a regional conference on Wednesday to discuss the situation in Afghanistan.

The Foreign Ministers of Iran, Pakistan, Tajikistan, Uzbekistan, and Turkmenistan, gathering in Tehran, will be joined by Chinese and Russian counterparts on video link.

The Taliban were not invited but have endorsed the meeting.

The meeting of the foreign ministers of neighboring countries of #Afghanistan gets underway in Tehran. #Iran FM @Amirabdolahian and VP Mokhber are opening the session. 4 FMs are attending in person. China & Russia FMs are joining the meeting virtually. pic.twitter.com/9XGHOY6XBS

Iranian President Ebrahim Raisi, inaugurated in August, is hoping for a political boost by hosting the conference, held amid long-standing economic problems and the Coronavirus pandemic in the Islamic Republic. He is also pushing a policy, amid stalled nuclear talks, of Iran establishing a united front with its neighbors, China, and Russia.

The conference is expected to emphasize the formation of an “inclusive” Afghan government, control of refugees, pursuit of economic stability, and a combat against “radicalism”.

On Tuesday, Raisi and Foreign Minister Hossein Amir Abdollahian held separate bilateral talks with each of the foreign ministers.

The Foreign Ministers initially convened in a virtual meeting, hosted by Pakistan, in early September. Russia was not present at that session.

However, Russia has pursued three rounds of it “Moscow Format Consultations” with officials from Afghanistan’s six neighbors in addition to India, Kazakhstan, and Kyrgyzstan as well as a high-level Taliban delegation.

Iranian representation said progress has been limited through the Russian channel, with a “lack of consensus” in an October 20 session.