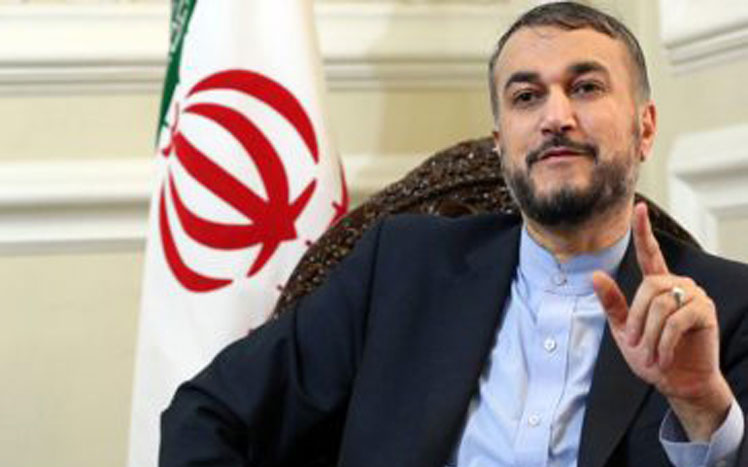 The Iranian Government is in confusion over Foreign Minister Abdollahian’s condition that the US unfreeze $10 billion of Tehran’s assets for nuclear talks to resume.

In comments to Amwaj.media, officials denied that the Foreign Minister’s condition was not a condition.

A “senior Iranian official” said Abdollahian’s statement “is not related to direct talks” with the US.

But he framed it as “a goodwill gesture to smooth the way for the progress in the talks” in Vienna on renewal of the 2015 nuclear agreement. It would be a “positive signal to the Iranian people” if made “before the talks start”.

The sixth and last set of Vienna discussions on renewal of the 2015 nuclear agreement between Iran and the 5+1 Powers (US, UK, France, Germany, China, and Russia) was in June. The previous Iranian Foreign Minister, Abbas Araqchi, said then that talks were “closer to the road”; however, the Raisi Government has balked at any resumption since taking office in early August.

Iran Continues to Stall Over Resumption of Nuclear Talks

Amir Abdollahian claimed that the US sought a discussion last month, on the sidelines of the UN General Assembly, about resumption.

The Americans tried to contact us through different channels in New York, and I told the mediators if America’s intentions are serious then a serious indication was needed…by releasing at least $10 billion of blocked money.

US sanctions has blocked tens of billions of dollars of Iranian assets in foreign banks, mainly accruing from exports of oil and gas.

The South Korean Foreign Ministry said this summer that agreement had been reached on repatriation of $1 billion of about $7 billion in Iranian assets, but transfer has not been confirmed.