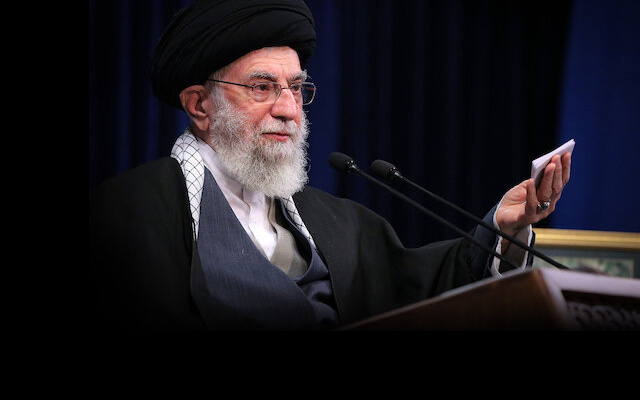 Iran’s Supreme Leader speaks from Tehran by video to residents of Tabriz, February 17, 2021

Iran’s Supreme Leader has proclaimed that authorities must stop the import of South Korean refrigerators.

Ayatollah Khamenei commanded that “imports should be banned” because they were “breaking the backs of domestic home appliance companies”. They prompted an order by President Ebrahim Raisi to the Industry, Mines, and Trade Minister.

South Korea has angered the Iranian regime by refusing to unfreeze about $7 billion in Iranian assets amid comprehensive US sanctions. In January, the Revolutionary Guards seized a South Korean tanker in an apparent attempt at pressure on Pyongyang.

The tanker was released in April as the Vienna nuclear talks considered US re-entry into the 2015 nuclear deal and the easing of sanctions. In July the South Korean Finance Ministry said that Iran would repatriate $1 billion, although the transfer has not been confirmed yet.

However, the Supreme Leader’s motive appears to be connected not as much with the nuclear issue as with the concerns of Iran’s appliance manufacturers. He has said, “The import of goods that are already sufficiently produced domestically should be prohibited in law. And what we produce in this country should not be imported.”

There has been an informal ban on South Korean products since 2018, with Samsung and LG phones, branded goods, and accessories confiscated from shops. However, the possibility of the $1 billion repatriation raised the prospect that the imports would resume.

So on September 6, a letter from Khamenei’s office chief Mohammad Mohammadi Golpaygani referred to “two South Korean companies” and cited the desire of Iranian manufacturers to block the resumption of imports. Two days later, Raisi conveyed Khamenei’s instructions to the Industries and Economy Ministers.

The value of Iran’s home appliances market is estimated at $4.5 billion to $6 billion dollars.