More Than The Taliban: The Factions in Afghanistan’s Battle for Power 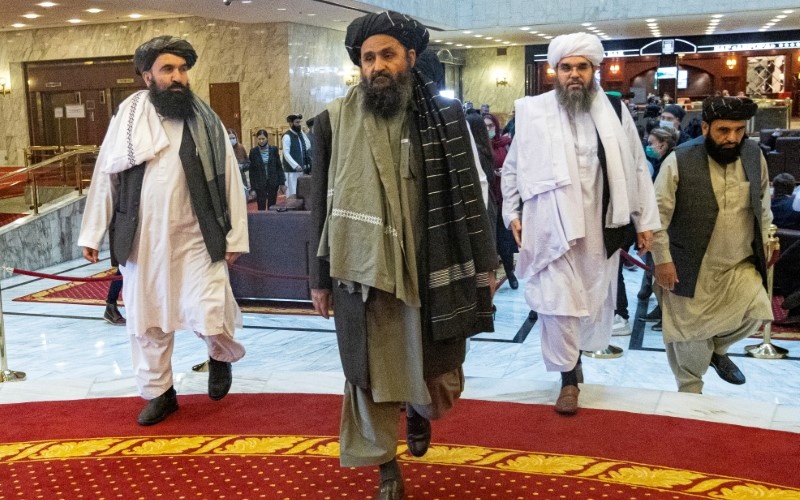 Unsurprisingly, the Taliban’s rapid takeover of power across Afghanistan has prompted headlines about a renewed “civil war” in Afghanistan.

This is misleading. The label is a reduction of a military, political, economic, and social conflict with multiple factions, and multiple external actors, across a fragmented country.

“Civil war” is a marker for a simple presentation of insurgent movement v. ruling Government. But in 2001, it was not just the US-backed Northern Alliance that removed the Taliban from Kabul — other local commander and political leaders were challenging their authority. And in 2021, the turn of events was propelled by those local groups offered incentives to cooperate with the Taliban or persuaded to stand aside.

As the Taliban tries to establish a Government and ruling institutions, it is possible that these groups may resist co-optation. They may bristle at a lack of autonomy, or see political and economic benefit in opposition to the new system in Kabul.

Yet none of these groups has the national reach of the Taliban. And unlike 2001, none has outside support to do more than to hold onto their patch of Afghanistan.

So for the foreseeable future, Afghanistan continues in its limbo. The Taliban will be on uncertain ground as they declare legitimacy, but no pretender to Afghanistan’s troubled throne is likely to offer a national alternative.

Paradoxically, as Islamic State Khorasan has garnered attention for its mass killings outside Hamid Karzai International Airport on August 26, it has only exposed why it is a deadly irritant and not a threat to the Taliban’s power.

With an estimated 4,000 to 5,000 members, ISIS-K is still a local faction in eastern Afghanistan, mainly in Nangahar and Kunar Provinces on the Pakistan border. In contrast to the much larger Islamic State in Iraq and Syria, its capacity is for specific attacks on civilian sites, rather than to a direct confrontation with national security forces or political system.

ISIS-K may hope to build capacity through recruitment, exploiting the publicity of its high-profile attacks. There is no evidence yet, however, that it has the institutional presence in villages that sustained the Taliban between 2001 and 2021, enabled it to withstand both international and Afghan forces. Nor are Pakistani services likely to risk their links with the Taliban by offering some sustenance to a rival.

The headline “resistance” to the mainly-Pashtun Taliban is in the Panjshir Valley, the mountainous region north of Kabul. The mainly-Tajik local movement is led by 32-year-old Ahmad Massoud and has been joined by Amrullah Saleh, Vice President in the ousted Ghani Government.

The movement has achieved renown for its opposition to a series of forces, from the Soviets to other Afghan factions. Massoud’s father Ahmad Shah Massoud led resistance as a mujahideen commander in the 1980s, led the assault on Kabul that toppled the Government in 1992, and maintained his control of the Pantshir Valley up to his assassination by the Taliban on September 9, 2001.

Spokesmen for the younger Massoud say he has several thousand fighters, including former Afghan Army special forces and experienced commanders from the time of his father. They also claim stocks of weapons, equipment, and even US helicopters.

But the size of that force would struggle to take over Afghan cities. While Indian outlets have promoted the movement, no significant foreign support appears imminent. Hamid Saifi, a former colonel in the Afghan National Army who is now with Massoud, summarized, “Maybe some countries will be ready for this great work. So far, all countries we talked to are quiet. America, Europe, China, Russia, all of them are quiet.”

So the movement’s likely ambition is to maintain its autonomy, holding out against any Taliban attacks. Massoud has offered negotiations with a view to a live-and-let-live arrangement, but there are recurrent reports of clashes.

The Dostum and Nour Forces

Gen. Abdul Rashid Dostum, of Uzbek descent, has maneuvered his way to influence in northern Afghanistan through shifting positions. He was an army commander in the Communist Government during the Soviet intervention of the 1980s. He broke from the Government in 1992 to join the march into Kabul, and formed the Northern Alliance alongside Massoud in 1996 to oppose Taliban rule. He was a key link with the US in the Alliance operations that forced the Taliban out of Kabul in 2001.

Defying accusations of war crimes against both soldiers and civilians, Dostum became Vice President in 2014 but had to flee to Turkey in 2018 after he punched a political rivals, had his bodyguards beat the man, and allegedly kidnapped and raped him. He returned to Mazar-i-Sharif later in the year, escaping two assassination attempts, but withdrew to Uzbekistan last month as the Taliban advanced.

Atta Muhammad Nur, an ethnic Tajik, has allied with Dostum. A mujahideen commander in the 1980s, he was a commander in the Northern Alliance against the Taliban. From 2004 to 2018, he was Governor of Balkh Province, whose capital is Mazar-i-Sharif. Last month, he travelled to Uzbekistan with Dostum.

Dostum and Nur have pledged allegiance with Massoud’s Resistance. However, it is unclear how many fighters they can send to the Pantjshir Valley, let alone mount attacks on the Taliban.

In an interview with Reuters, Nur indicated a priority on politics for the moment: “We prefer to negotiate collectively, because it is not that the problem of Afghanistan will be solved just by one of us. So, it is important for the entire political community of the country to be involved, especially the traditional leaders, those with power, with public support.”

Since 2001, the leading force in western Afghanistan, including the country’s third-largest city Herat, has been that of Ismail Khan, a Tajik backed by Iran.

Khan led a large mujahideen force in the 1980s and used that to become Governor of Herat in 1992. Three years later, his fighters repelled a Taliban attack, but Khan had to flee to Iran after Gen. Dostum switched sides, attacking Herat, and the Taliban took over.

Returning to Afghanistan and escaping from Kandahar Prison in 1999, Khan joined the Northern Alliance and regained his Governor’s position. His fortunes ebbed and waned amid disputes with President Hamid Karzai and other commanders, as he became Energy and Water Minister, was removed from his post and accused of illegal distribution of weapons, and survived assassination by the Taliban.

Khan’s force in Herat melted away quickly last month, whether because of the Taliban threat or a secret deal with the group. Khan was ostensibly captured on August 13, but showed up in Iran’s second city Mashhad three days later.

For now, Khan has been muted. The Iranian Government, whose diplomats were killed by the Taliban in the 1990s, is playing up the possibility of cooperation with the group as Tehran declares a traumatic blow to the Americans.

Perhaps the most intriguing dynamic is the potential of a former Taliban foe, Gulbuddin Hekmatyar, joining a Taliban Government.

Hekmatyar founded the Hezb-e Islami organization in the 1980s becoming the leading recipient of CIA support, through the Pakistani intelligence service ISI, in the fight against the Soviets. Considered one of the most brutal militia leaders in the fight for Kabul in the 1990s, he was briefly Prime Minister before the Taliban took power in 1996.

After the Taliban fell in 2001, Hekmatyar fled to Pakistan, directing his forces against the Karzai Government and the international coalition. and earning a place on a US “kill list”. He survived to reach a deal with the Afghan Government in 2016, returning from exile.

Now Hekmatayr, his erstwhile foe Karzai, and Dr. Abdullah Adbullah are negotiating with the Taliban as it tries to form a Government. On Tuesday, Hekmatyar said he will work with the Taliban even if he is not a minister: “We do not have any conditions to participate in the government other than the assignment of competent persons.”

Waiting for an Economic Collapse?

In a country saturated with conflict for almost 50 years, it will be foolhardy to wave off the prospect of a battle for power. However, for now the Taliban has the space of foes, actual or potential, who are scattered, battered, divided, or ready to make deals.

Still, that space is tenuous. If the Taliban cannot establish its ability to deliver services and security on a daily basis, then legitimacy will be foregone and discontent stoked. Opponents may be able to regroup and recruit, and temporary allies may break away.

That points to force of the economy, rather than force of arms as the Taliban’s immediate concern. With international aid suspended and assets frozen abroad, deprivation ranges from those who can’t get cash from ATMs to those living in darkness to the 14 million who are in severe food poverty.

A doctor at a State-run hospital in Kabul says, “Those who keep going to work are doing so based on their commitment to God and people.”

If the Taliban wobbles, Massoud, Dostum, Khan, and Hekmatyar — while invoking God and people — may pursue other, personal priorities.