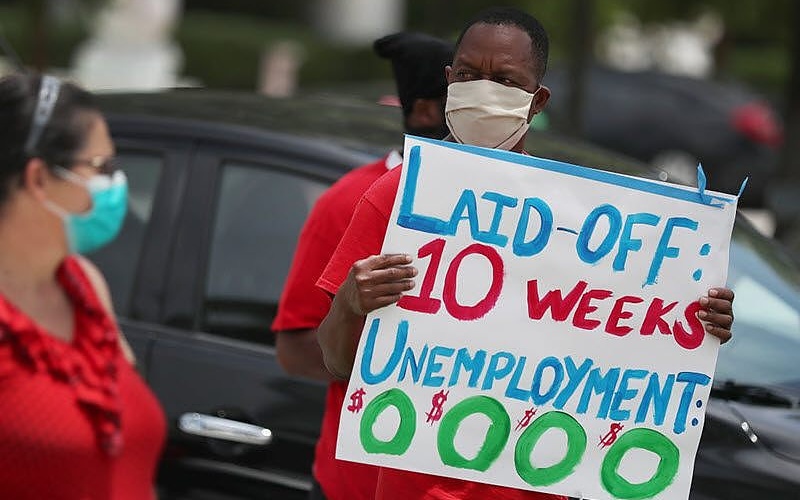 Federal aid ends on Monday for more than 7 million unemployed in the US, and almost 3 million more will lose a $300 weekly supplement in state unemployment benefits.

Three federal programs are expiring. The assistance was first authorized by Congress almost 18 months ago, at the outset of the Coronavirus pandemic.

President Biden said in June that the cessation of the $300/week supplemental program, which was initially $600/week, “makes sense”. Senior Administration staff called on states to reallocate money —from the March 2021 American Rescue Plan —- to continue offering some support, but none took action. Instead, 26 states announced this summer that they would end the benefits early.

One study found that for every eight workers who lost benefits, only one found a new job.

About $680 billion in emergency unemployment benefits have been distributed since March 2020. Congress initially approved them as almost 1 million Americans were losing jobs each day. The assistance was revised last year to create Pandemic Unemployment Assistance for those such as gig workers, caretakers and the self-employed, who make up about 40% of unemployed claimants.