US and Europe to Iran: Stop “Nuclear Brinksmanship” 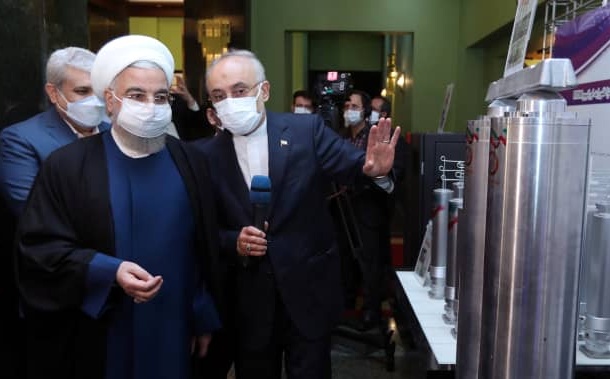 The US and Europe have warned Iran to stop nuclear “brinksmanship”, with European powers expressing “grave concern” over Tehran’s latest uranium enrichment breaking the terms of the July 2015 agreement.

The statements came amid the adjournment of the Vienna talks to renew the deal, with US re-entry, lifting of American sanctions, and Iran’s return to compliance.

They also follow the Islamic Republic’s refusal to extend its agreement with the International Atomic Energy Agency for inspections of Iranian nuclear facilities.

See also Iran: “Closer to the End of the Road” in Nuclear Talks
Iran Threatens to End Agreement on IAEA Inspections of Nuclear Sites

The IAEA confirmed on Tuesday the extent of Iran’s resumption of enrichment of 20% uranium, which is prohibited under the 2015 nuclear deal. Tehran restarted the enrichment in January and created its first 60% uranium in April.

The IAEA assessed that Iran is seeking its first manufacture of uranium metal, which can be the core of a nuclear weapon.

US State Department spokesman Ned Price said, “It is worrying that Iran is choosing to continue to escalate its non-performance of its JCPOA [Joint Comprehensive Plan of Action] commitments, especially with experiments that have value for nuclear weapons research.”

The Foreign Ministers of Britain, France, and Germany — the three European powers in the 2015 agreement — said:

[Iran is] threatening a successful outcome to the Vienna talks despite the progress achieved in six rounds of negotiations to date….

This further step in Iran’s escalation of its nuclear violations is all the more concerning at a time when no date has been set for the continuation of the negotiations in Vienna on a return to the JCPOA.

The ministers dismissed Iran’s claim that the 20% uranium is for a research reactor: “Iran has no credible civilian need for uranium metal R&D and production, which are a key step in the development of a nuclear weapon.”

Russia, which is also a party in the 2015 agreement, expressed concern while refraining from criticism of Tehran. Mikhail Ulyanov, Moscow’s Ambassador to the IAEA tweeted about the IAEA report and ongoing US sanctions:

The #IAEA reports that #Iran moves to production of uranium metal enriched up to 20%. The US in its turn maintains maximum pressure policy of D.Trump. The only way out of this vicious circle is resumption of #ViennaTalks without delay and full restoration of #JCPOA.