Trump: “Hitler Did A Lot of Good Things” 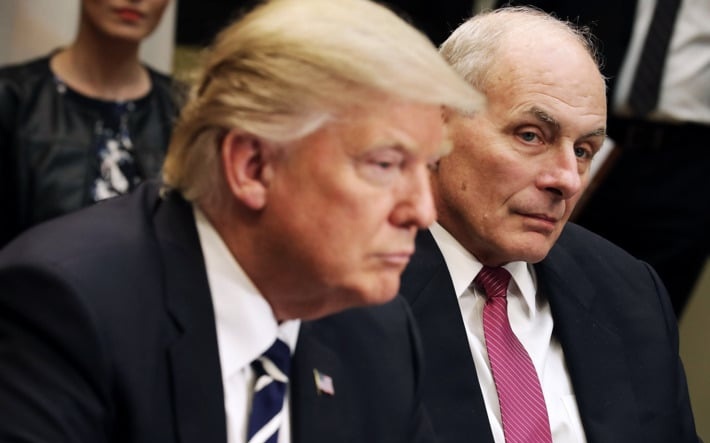 Donald Trump told White House Chief of Staff John Kelly in November 2018 that “Hitler did a lot of good things”.

The incident, detailed in a forthcoming book by journalist Michael Bender, occurred as Trump was preparing to go to Europe for ceremonies marking the 100th anniversary of the end of World War I.

Kelly was giving Trump a history lesson in which “reminded the President which countries were on which side during the conflict” and “connected the dots from the first world war to the second world war and all of Hitler’s atrocities”.

The Chief of Staff was “stunned” by Trump’s response, according to multiple sources. He told Trump that he was wrong, but Trump persisted with an emphasis on German economic recovery in the 1930s.

Kelly said the German people would have been better off poor than subjected to “the Nazi genocide”: “You cannot ever say anything supportive of Adolf Hitler. You just can’t.”

Asked about the episode by Bender, Trump denied it.

During the Europe tour, Trump did not mention Hitler. However, he cancelled a visit to a French cemetery for American war dead, and called troops who died in battle “losers” and “suckers”.

Kelly’s son was killed serving in Afghanistan in 2010. Under sustained pressure, the Chief of Staff resigned in early 2019. He has reportedly told friends that Trump was “the most flawed person I have ever met in my life”.

The depths of his dishonesty is just astounding to me. The dishonesty, the transactional nature of every relationship, though it’s more pathetic than anything else.