Dr. Fauci Calls Out Sen. Paul’s Coronavirus Disinformation: “You Do Not Know What You Are Talking About” 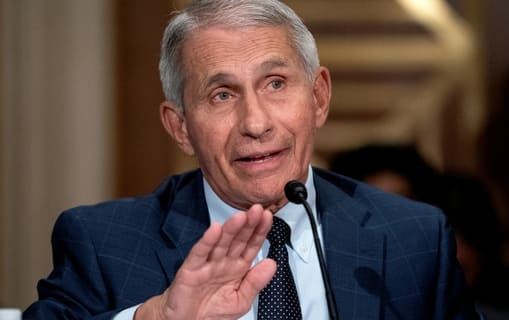 Throughout the pandemic, Paul has minimized the threat of the virus, criticizing containment measures such as social distancing and the wearing of masks. He has barracked the top American medical and public health experts, including Fauci, the director of the National Institute of Allergy and Infectious Diseases.

On Monday, the Kentucky senator grandstanded that Fauci lied before Congress over research at the Wuhan Institute of Virology, in the Chinese city where the pandemic started at the end of 2019. The Senator repeated the right-wing trope that the National Institutes of Health funded “gain of function” research, enhancing a virus in a lab to study its potential impact in the real world.

Paul snapped, “Dr Fauci, knowing it is a crime to lie to Congress, do you wish to retract your statement of May 11?”

Fauci did not give way: “Senator Paul, I have never lied before the Congress and I do not retract that statement.” He explained that a study cited by Paul was about an entirely different virus and that “this paper that you are referring to was judged by qualified staff up and down the chain as not being gain of function”.

He continued, “If anybody is lying here, senator, it is you.”

Sen. Tina Smith of Minnesota asked Fauci if he had additional comment to “counteract these attacks on your integrity that we’ve all just witnessed”. Fauci responded:

As he belittled and lied about the pandemic, Donald Trump repeatedly insulted Fauci as a “disaster” and medical and public health experts as “idiots”. Last summer, Trump pushed aside Fauci in favor of the neuroradiologist Scott Atlas, who advocated the spread of the virus for “herd immunity”.

Paul has been used by right-wing sites as a point man for ongoing attacks on Fauci since Trump’s departure from office. Outlets such as Town Hall headline “Democrats Rush to Rescue Fauci After Rand Paul Wrecks Him Again”. Trump’s former Acting Director of National Intelligence and Ambassador to Germany, Richard Grenell assailed the “known liar Dr. Fauci”.

But attack site Breitbart breaks away by quoting Fox TV’s Neil Cavuto: “At his core, he’s a good man, a good doctor….We’ve all got to just step back.”

In late May, President Joe Biden ordered staff to investigate the origins of Coronavirus and report to him within 90 days.

Throughout last year, most US experts believed that the virus originated in animals, possibly bats, and was transmitted to humans. But last week, reports indicated that Administration personnel are equally divided between animal transmission and an accident at the Wuhan lab releasing the virus.

Fauci told the Senate panel that the Delta variant now accounts for more than 80% of new Coronavirus cases, echoing testimony by Dr. Rochelle Walensky, director of the Centers of Disease Control and Prevention.

Fauci emphasized that vaccines are more than 90% effective in preventing hospitalizations and deaths. However, Walensky pointed to the challenge of those refusing inoculations: “Each death is tragic and even more heartbreaking when we know that the majority of these deaths could be prevented with a simple, safe available vaccine.”