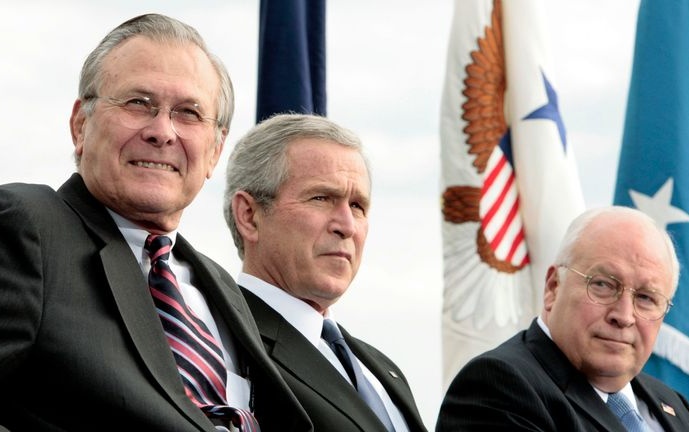 I think he’ll be remembered primarily for the deaths of hundreds of thousands of people because he wanted to demonstrate American strength. But, paradoxically, he only demonstrated American weakness.

ORIGINAL ENTRY, JULY 1: I joined Monocle 24’s Emma Nelson on Thursday to analyze the deadly legacy of Donald Rumsfeld, the former US Defense Secretary who died Wednesday at the age of 88.

We discuss the damaging attitude of Rumsfeld, and others in the George W. Bush Administration, that the US should be the world’s “unipolar” superpower — leading to the 2003 war in Iraq that led to the deaths of hundreds of thousands and ultimately showed the weakness rather than the strength of “America”.

We look at the wider effects of Rumsfeld’s faith-based approach, dismissing information and intelligence in favor of his set views. And we link it to today’s further damage, from the Trump era to the belief of many that any intervention — even if it protects civilians — must be criticized if the US is involved.