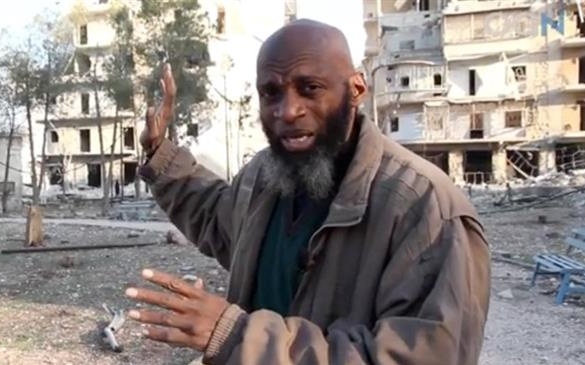 Speaking with Middle East Eye, Abdul Kareem accused HTS leader Abu Mohammad al-Jolani of being “unfit to rule” and of lying about conditions in prisons in Idlib Province in northwest Syria.

In a February interview with the US outlet PBS, broadcast last week, Jolani denied torture of detainees.

Abdul Kareem has been one of the most prominent frontline journalists during the conflict in northwest Syria. He has covered the assault by the Assad regime, enabled by Russia and Iran, to seize part of the area. The journalist has survived assassination attempts, including a US missile strike.

His reporting on fighting between anti-Assad groups and the abuses of civilians has angered HTS, which has controlled much of Idlib since defeating other factions in 2017.

He was detained in Idlib for six months. A condition of his release in February was a ban on reporting or appearances on social media.

Abdul Kareem is now in territory outside HTS control, although he said he is putting himself at risk by speaking out.

He told Middle East Eye, “Almost every day of every week, I had to listen to the screams of torture just a few meters away from me. Everyone in the prisons can always hear the torture.”

Journalist Bilal Abdul Kareem recalls the screams of those being tortured in HTS prisons. pic.twitter.com/VdXKp4vcek

“I Was Just Gone”

Abdul Kareem said he was arrested after reporting on cases such as Tauqir Sharif, a British aid worker whom he said was restrained in a tire and beaten while in HTS custody.

He said he was handcuffed, blindfolded, and subjected to daily interrogation:

He said: “We need to ask you some questions. If your answers are not forthcoming, then we do have the authority to physically do things to you so that you will tell us what we need to know.” They lined me up against the wall as if they were about to start beating on me.

The threat was not carried out, but the journalist said he was disappeared, with no access to a lawyer or anyone else: “I was just gone.”

After 4 1/2 month, Abdul Kareem was put through a trial and given a one-year sentence for “working with groups that harm public security”, “incitement” against authorities, and “publishing and promoting lies that affect institutions without evidence or proof”.

He mocked the process:

I said, “I’m laughing because I used to do stand-up comedy, but I can’t write jokes like you guys”.

HTS said Abdul Kareem was released in February after the intervention of elders from Idlib’s Atmeh region.

The journalist said HTS had changed since taking authority throughout much of Idlib: