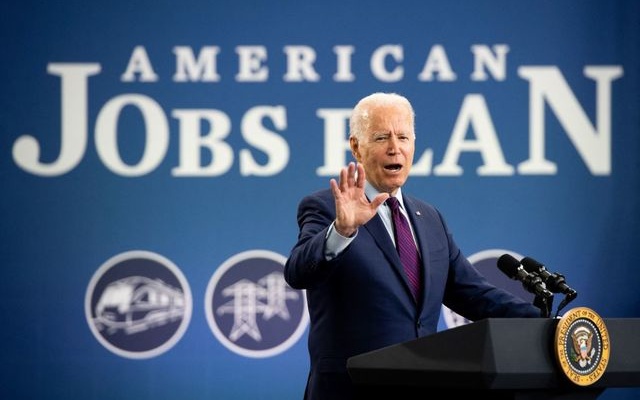 In a speech in Wisconsin, President Joe Biden promotes the $1.2 trillion American Jobs Plan as a “generational investment”.

Biden toured a public transit facility in La Crosse to highlight $48.5 billion in public transit funds, linking better transport with measures against climate changes. He spoke about the plan’s support of electric buses, replacement of about 80,000 lead water lines in Milwaukee, and improved access to high-speed internet.

He noted the package’s $109 billion in funding for roads, bridges, and tunnels will address the 1,000 bridges rated structurally deficient in Wisconsin.

The President summarized, “This is a generational investment to modernize our infrastructure, creating millions of good-paying jobs, and position America to compete with the rest of the world in the 21st century, because China is way outworking us in terms of infrastructure.”

The White House, which initially proposed a $2.3 trillion Plan, agreed a $1.2 trillion compromise with a bipartisan group of 10 senators last Thursday. After a wobble over Biden’s linkage of the package with the $2 trillion American Families, the Republicans in the group reiterated their commitment on Sunday.

Congressional consideration of the Plan is expected to begin in mid-July.

Biden proclaimed yesterday, “This bipartisan breakthrough is a great deal for the American people, not just for folks in cities, not just for red states or blue states, but for everybody. This is the answer for good-paying jobs.”

He highlighted the breakthrough of a bipartisan agreement, even as many Republicans in Congress, including Senate Minority Leader Mitch McConnell, have pledged to obstruct any legislation.

This deal isn’t just the sum of its parts. It’s a signal to ourselves and to the world that American democracy can come through and deliver for all of our people. We can be united.

We can’t give up on what we keep finding ways to come together because every time we negotiate in good faith and come together and get something big done, we break a little more of the ice that too often keeps us frozen in place and prevents us from solving the real problems people are facing.