EA on ANews: Russia and UK Face Off Over Crimea 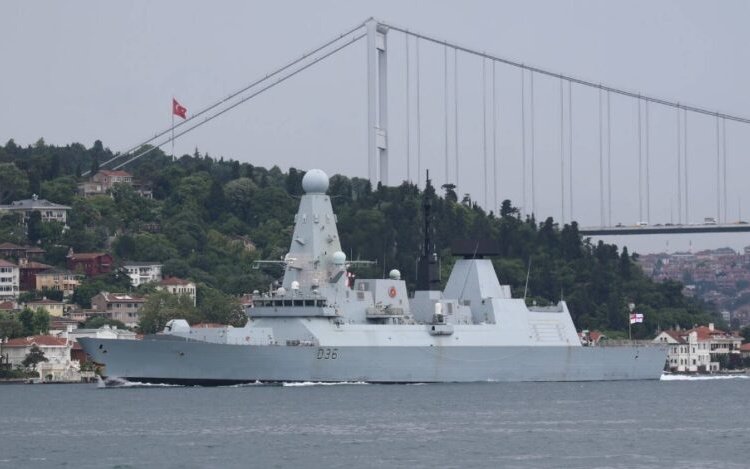 HMS Defender in Istanbul, Turkey on its way to the Black Sea, June 14, 2021 (Yoruk Isik/Reuters)

I joined Turkey’s ANews on Monday to analyze the wider issues around the recent face-off between Russia and the UK over Crimea and Ukraine.

We discuss the motives of both sides over the recent passage of a UK destroyer in an international waters about 10 miles from the Crimean coasts, with Russia scrambling jets and firing cannon to harass the warship. We set out the legal position, with almost all of the international community recognizing Crimea as part of Ukraine despite the Russian occupation from 2014.

And we work through the question: will Russia take this to the point of military confrontation?

The other panelist is Ivan Starodubtsev, who promotes the Russian State position — to the point of threatening a military showdown if another UK warship moves the international shipping lane: “Next time maybe it will be war on just one side.”

This was interesting not only on military front but how Russia spun this with information and even disinformation to make it look like “We’re The Tough Guys Here” even as they played the victim, “It’s the UK provoking confrontation.”