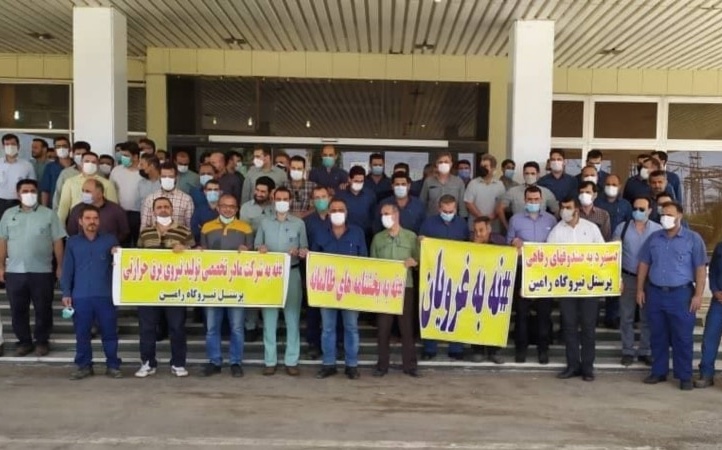 Contract workers in Iran’s oil, gas, and petrochemical industries are striking across the country.

The stoppages began on June 22 and have reportedly spread to more than 60 factories across eight provinces.

While there have been periodic demonstrations by workers over pay and conditions, activists say the current wave is larger in both numbers of strikes and in geographic scope. Protests in oil-rich Khuzestan Province in southwest Iran have been joined by those in Isfahan Province in the center and in the capital Iran.

Historian Peyman Jafari, a specialist on the energy sector, summarizes:

First, they reflect the shift in the Iranian oil industry that was traditionally concentrated around oil wells and refineries mainly in Khuzestan. In the last two decades, new locations have emerged around gas and petrochemical centers such as Asaluyeh.

Secondly, the emergence of these new energy frontiers has been accompanied by the emergence of “special economic zones” that are in many ways exempt from existing regulations, thus creating precarity and pollution.

He noted that the strikes so far are “mainly involve contract workers who are primarily involved in construction work and lack the power to impact the production process in the oil industry”. However, “that situation could change, however, if and when they are joined by the oil industry’s permanent workforce”.

The contract workers cite unpaid wages for months and conditions such as extremely high temperatures and unhygienic dormitories.

One also noted Iran’s inflation rate of up to 50%, “It’s true that we have tolerated this for a long time, but some of the workers have had enough.”

Contract employees are seeking a monthly wage of 120 million rials (about $500) and 10 days off per month, timely payment, and improved conditions.

However, he was vague about the position of contract employees, “We will pay whatever belongs to them based on the labor law….Their extrajudicial demands are a different matter.”