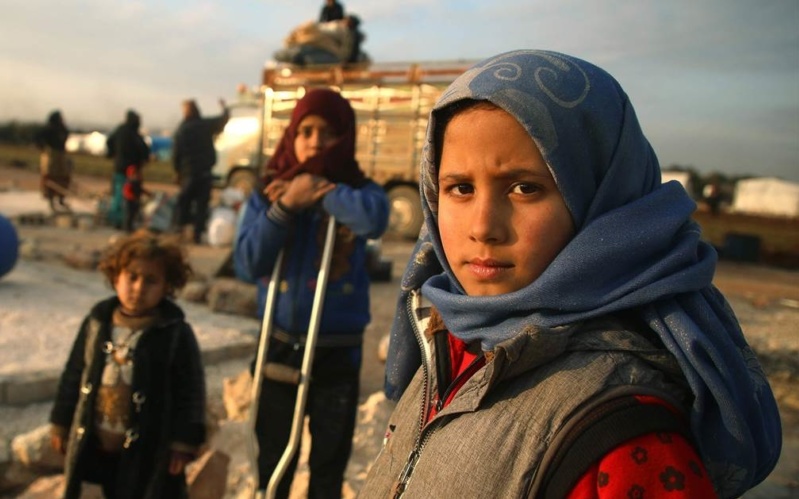 Médecins Sans Frontières has joined the call for the UN Security Council to protect the last crossing for cross-border aid.

Dr Faisal Omar, MSF’s Head of Mission for Syria, said, “Iur teams will surely feel the burden of any closure immediately. We will not be able to fill the void if UN agencies and other organisations sharply reduce their aid in northwest Syria.”

He added, “After a decade of war, the renewal of the Security Council resolution is now more critical than ever. The lives of millions of people, the majority of whom are women and children, depend on it.”

MSF’s Field Coordinator for Syria added, “The Bab Al-Hawa crossing is currently the only lifeline for Idlib governorate, in northwest Syria. If this lifeline is cut off, we would face many forms of death.”

ORIGINAL ENTRY, JUNE 11: More than 40 aid agencies have warned of a humanitarian catastrophe if the UN Security Council fails to restore cross-border assistance into Syria.

Russia has used its veto to close all but one point, Turkey’s Bab al-Hawa crossing into northwest Syria. The UN resolution for Bab al-Hawa expires on July 10, and Moscow is threatening to prevent renewal.

The 42 NGOs say a failure to renew could halt food assistance to more than 1 million of the 2.8 million Syrian civilians in need, and restrict Coronavirus vaccinations and critical medical supplies for the more than 4 million people in the northwest.

The World Food Programme provides 1.4 million Syrians with food baskets each month through Bab al-Hawa. Without resupply, stocks will run out by September.

The first delivery of Coronavirus vaccines was in May. There have been at least 24,257 confirmed Coronavirus cases and 680 reported deaths in the area. The toll is likely far higher because of limited testing capacity.

Russia’s vetoes have shut all crossings from Iraq into Kurdish-controlled northeast Syria, where 69% of people need some assistance. Crossings from Turkey were reduced from two to one in the northwest, with 81% in need.

Inger Ashing, CEO of Save the Children International, explained the stakes:

After ten years of conflict and displacement, and now COVID-19 driving an economic crisis, an unprecedented number of children in Syria are battling hunger and malnutrition. And the numbers are rising, as parents lack access to fresh food and are left with no choice but to cut out meals. Children run the risk of their growth being stunted, which can impact their ability to learn and potentially increase the risk of depression or anxiety.

The Security Council has an obligation to ensure aid continues to reach some of the most deprived families in the world, and not put politics above the lives of people as we have seen happen too often in the past. A failure to renew cross-border assistance for Syria is an abject acceptance of human suffering and entirely avoidable loss of life.

Last week US Ambassador to the UN Linda Thomas-Greenfield visited the border and spoke with officials, Syrian refugees, UN agencies, and humanitarian NGOs. She called for the maintenance of Bab al-Hawa, but did not explain how the US would prevent a Russian veto.

Moscow immediately tried to undermine the message, saying that aid deliveries from Damascus — which are non-existent into opposition areas — were being ignored. Russian officials also converted the civilians in Idlib into combatants.

The Assad regime has also “reiterated its rejection of the attempts to extend the Cross-Border Assistance Mechanism”, claiming the effort is a “propaganda campaign”.