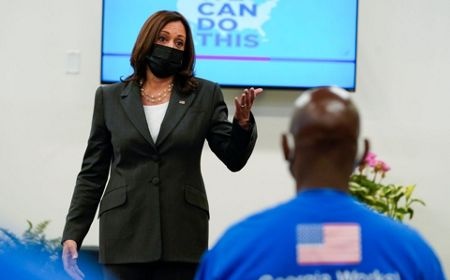 President Joe Biden hails the milestone of 300 million Coronavirus vaccinations, but warns of the danger of the Delta variant.

Biden initially set a target of 100 million inoculations in his first 100 days in office, with the mark reached in half that time. The goal was raised to 200 million and to 70% of adults by the July 4 holiday.

Speaking at the White House on Friday, Biden spoke of the success and continued, “The best way to protect yourself against these variants is to get vaccinated.”

Medical and public health experts are assessing the Delta variant, which was first seen in India. They say results so far indicate a 60% increase in transmission rate and a more serious effect on health, for the unvaccinated, than the original Coronavirus.

On Friday, Vice President Kamala Harris took the message to Atlanta, Georgia, where less than half of residents have been vaccinated. Health and Human Services Secretary Xavier Becerra spoke in Colorado.

The White House announced on Friday that the goal of at least one dose for 70% of adults has been reached in 15 states and the District of Columbia.

But rates are uneven across the country. In Louisiana, only 34% of the population is fully vaccinated and only 37% have had at least one dose. State officials announced on Thursday a lottery, with a grand prize of $1 million, for those who have been inoculated.

Wyoming has a similar rate to Lousiana, with concerns about “politicization” deterring people from vaccinations and about complacency over a relatively low case total.

Harris warned in Georgia about the dangers of disinformation: “Let’s arm ourselves with the truth. When people say it seems like this vaccine came about overnight — no, it didn’t. It’s the result of many many years of research.”