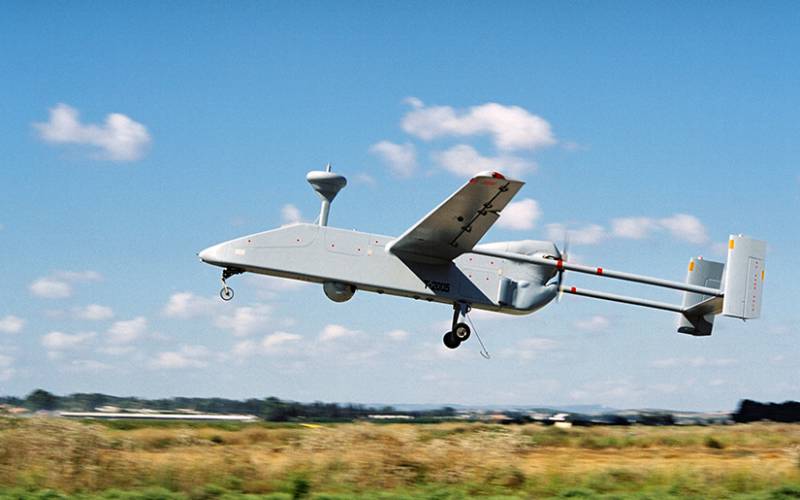 A model of Israel’s Searcher tactical drone, used by Russia in Syria

When Israeli-licensed military drones first took off from Syrian air force bases to stalk opponents of Bashar Assad’s regime, shortly after Russia’s 2015 intervention, they were an oddity, newcomers to a conflict that had already featured military Unmanned Air Vehicles (UAVs) from the United States, Iran, and Turkey.

More than half a decade later, a clearer picture has emerged of just how pivotal the Russian variant of the Israeli Aerospace Industries Searcher II, redubbed “Forpost” by its operators, has played in rescuing the Assad regime from the brink of implosion and helping to maintain its military and balance of terror advantage in the decade-long civil war – with a critical role in (illegally) targeting civilian infrastructure, including hospitals.

Despite its Israeli origin, Russia’s military openly boasts that the Forpost is one of its most crucial pieces of technology, a constant presence in the skies above Syria, scoping out targets so human pilots don’t have to risk reconnaissance flights, and assessing bomb damage. In other words: the Forpost helps the Russian military in Syria decide what to bomb, if strikes have inflicted sufficient damage, and when to drop even more bombs.