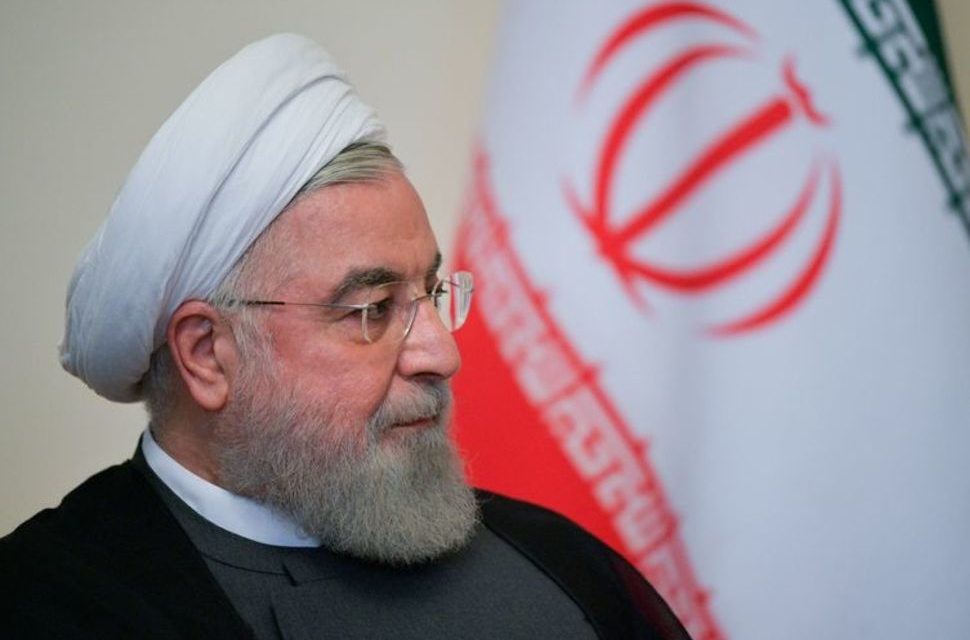 US officials shed some light on the status of sanctions and the Iran nuclear talks, including the declaration of Iranian President Hassan Rouhani (pictured) that there is agreement on removing “almost all main sanctions”.

The officials say more than 1,500 sanctions were imposed by the Trump Administration to prevent US re-entry into the deal and renewal of its terms. The sanctions have been classified as green, yellow, and red: green will be lifted; yellow must be negotiated; and red will remain.

The red sanctions include those on individuals for human rights violations.

Iran is insisting that the US lift Trump’s sanction of the Central Bank for support of “terrorism”. The American officials say the restriction is in the yellow category, because of the difficulty of lifting the terrorism designation on Iran’s Revolutionary Guards.

The Supreme Leader is unable to authorize any deal that does remove the designation of the Guards for support of “terrorism”.

Central Bank Governor Abdolnaser Hemmati said, “The removal of sanctions against the Central Bank, Iranian banks, SWIFT, and any money transfer between them and major foreign correspondent banks, needs to be verified.”

ORIGINAL ENTRY: Iran’s President Hassan Rouhani (pictured) has declared that the US and Europe are ready to lift the most significant sanctions on Tehran, amid talks about the future of the 201 nuclear deal.

We’ve reached a point where the Americans and the Europeans are saying openly they have no choice but to lift sanctions and return to the [nuclear deal], and that almost all main sanctions have been lifted and talks continue on some details.

The fourth set of indirect talks between the US and Iran opened in Vienna on Friday. The discussions are brokered by the European Union and the powers in the deal (UK, France, Germany, China, and Russia). They seek US re-entry, after the Trump Administration’s withdrawal in May 2018; the lifting of American sanctions; and Iran’s return to compliance.

Iran’s chief negotiator, Deputy Foreign Minister Abbas Araqchi, also said that US and European officials “declared their readiness to lift a great part of their sanctions”, but he added, “This is not adequate from our point of view.”

The Biden Administration has been more guarded in its assessment. National Security Advisor Jake Sullivan said, before the resumption of the discussions, that talks are in “an unclear place”.

Asked on Friday if he thought Iran is serious about the negotiations, President Joe Biden replied: “Yes, but how serious, and what they are prepared to do is a different story.”