Iran: We Will Enrich Uranium to 60% 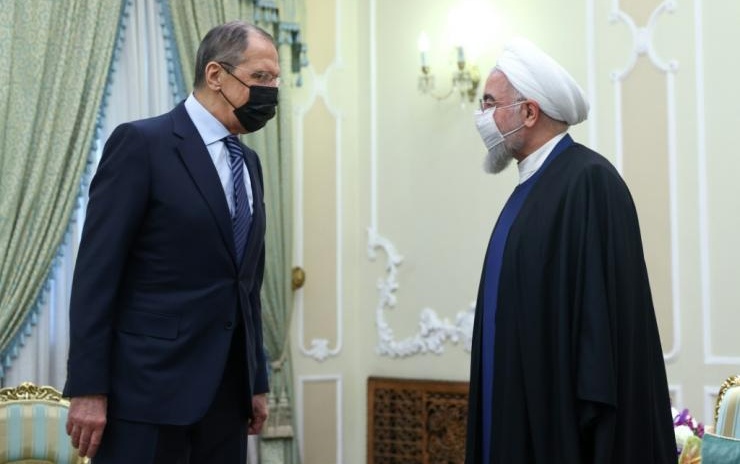 Araqchi issued the announcement on Tuesday, with indirect talks resuming on Thursday in Vienna between Iran, the US, the European Union, and the other powers. The declaration follows Sunday’s deliberate explosion, likely the responsibility of Israel, on Iran’s main enrichment facility at Natanz.

#Iran envoy to the IAEA: According to the letter & DIQ submitted to @IAEAOrg on Tuesday, 60% enrichment will be done in two cascades of IR-4 & IR-6 centrifuges in #Natanz. The technical process started on the same day & 60% enriched uranium is expected to be produced next week.

Under the July 2015 accord, from which the US withdrew in May 2018, Iran restricted its enrichment of uranium to 3.67%. In January, the Rouhani Government announced the return to the pre-2015 level of 20% uranium, which potentially can be further enhanced to a military grade of 90%.

Iranian officials first declared in November 2019 that they could produce the 60% uranium, while saying they would remain at the 5% level.

Hours later, the explosion damaged the Natanz plant. US and Israeli officials said the destruction of centrifuges could halt uranium production for nine months. Iranian counterparts claim they will repair the damage within 4 to 6 weeks, with advanced centrifuges installed and operational.

Centrifuges at Natanz were also damaged last summer in a deliberate explosion in an above-ground building. Israel is believed to have carried out the attack, with Iranian authorities claiming they used a local employee to set the bomb.

In its summary, the President’s office focused on “deepening Iran-Russia economic relations” and “the need to counter US unilateralism with the development of regional cooperation”, as well as Iranian-Russian cooperation during a record-setting spike in the virus in the Islamic Republic.

“Appreciating Moscow’s position and support for the nuclear talks,” Rouhani declared victory over the Trump Administration, “Today, the United States and the rest of the world have come to the conclusion that maximum pressure has failed, and that the only way for the United States to return…is to lift sanctions.”

Rouhani’s office claimed that Lavrov supported Iran’s position that the US must come back into full compliance with the nuclear deal. The Foreign Minister said new conditions to the deal are not acceptable.

But significantly, the statement did not mention Russian backing of the Iranian pre-condition that all US sanctions be removed before talks advance.