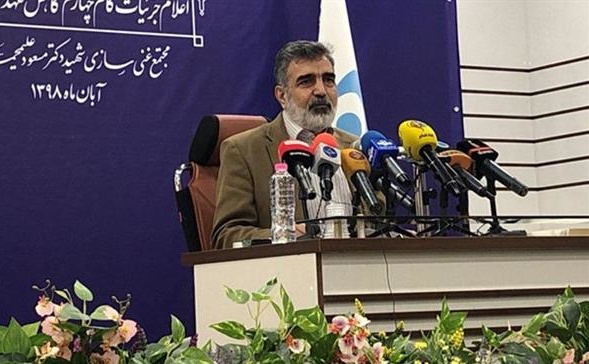 Iran has stepped up its warnings that it can break the 2015 nuclear deal, declaring that it can produce 60% enriched uranium — a level far greater than its pre-2015 output, and closing on the 90% grade needed for a military nuclear program.

Atomic Energy Organization spokesman Behrouz Kamalvandi issued the latest in a series of statements and actions, as Iran has further suspended its commitments under the agreement with the remaining 5+1 Powers (UK, France, Germany, China, and Russia.

“The organization has the possibility to produce 5%, 20% and 60%, and has this capacity,” Kamalvandi said at a news conference at the underground Fordow nuclear plant. “At the moment, the need is for 5%.”

On Thursday, Kamalvandi declared that Iran will soon return to its pre-2015 level of enrichment, although he stopped short of saying that it will resume the production of 20% uranium.

The following day Deputy Foreign Minister Abbas Araqchi emphasized that “national interests” are more important than the agreement. He said that while Iran wanted to “preserve” the nuclear deal, “there is no doubt that if Iran is not enjoying the…benefits, it will continue to scale back its commitments”.

Since late June, Iran has protested against the US withdrawal from the nuclear deal and comprehensive sanctions — as well as a failure to establish a European link to bypass those sanctions — by exceeding the deal’s limit on stocks of 3.67% enriched uranium, raising enrichment to 4.5%, and installing the advanced IR-4 and IR-6 centrifuges.

Last Tuesday, in the “fourth step” of suspension, President Hassan Rouhani confirmed injection of gas into 1,044 centrifuges, including the IR-4 and IR-6 models.

On Thursday, US Secretary of State Mike Pompeo pressed the remaining 5+1 Powers: “It is now time for all nations to reject this regime’s nuclear extortion and take serious steps to increase pressure. Iran’s continued and numerous nuclear provocations demand such action.”