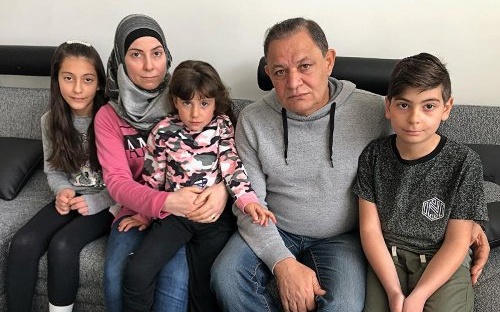 Analysts, researchers, and other experts on Syria have “strongly condemned” the Danish Government’s removal of temporary protection from Syrian refugees, pressuring them to return to areas in and near the capital Damascus.

The experts reinforce the claim that the Danish Immigration Service misused their testimonies, as well as the work of journalists, in a report justifying the removal.

We are urging the Danish government to revise its conclusions on Damascus to better reflect the ongoing risks posed to potential returnees, and to amend its current refugee policies accordingly.

In the statement, organized by the Heinrich Boell Foundation, the signatories emphasize the risks to those returning to regime-controlled territory in Syria. They call on Denmark to observe the European Parliament’s resolution adopted in March which “calls on all EU Member States to refrain from shifting national policies towards depriving certain categories of Syrians of their protected status, and to reverse this trend if they have already applied such policies”.

A journalist has criticized the Danish Immigration Service for distorting his reports, after the Danish officials used him as a source in a report justifying pressure on Syrian refugees to return home.

The Syrian editor of Syria Direct, Ammar Hamou, explained that the report omits his account of the dangers for refugees who are sent back to the capital Damascus and nearby regime areas.

“I emphasized, and am now emphasizing, that neither Damascus nor rural areas are safe to return to. If they were, I — who grew up there — would be the first to return instead of sitting in Jordan,” Hamou told reporters for Denmark’s B.T. newspaper.

The Danish report quotes Hamou as saying that Damascus and its environs is the safest regime area, for example in comparison with Daraa in southern Syria.

But that comparison omitted Hamou’s analysis that no regime-controlled territory is safe for Syrian civilians:

Yes, compared to Daraa, it is safer in Damascus. But I have repeatedly — also in this context — emphasized that it is a matter of finding the lesser of two evils….

It may well be that in Damascus and the surrounding area there will be no bombing and that no one will be assassinated. But people are still being arrested. The regime regards most refugees, especially those who have reached Europe, as part of the opposition. Everyone is in danger of being detained and interrogated, even if one has not interfered in politics. It is extremely dangerous.

“Now you can return home to sunny Syria, your homeland needs you “ is a phrase spread widely on billboards in streets of Copenhagen, the Danish capital, in a campaign [that] confirms the fact that Syria became safe after most of its territories have been liberated from terrorism.

SANA declares that the 5.6 million refugees are “a platform to put pressure on the Syrian state by Western countries and the Turkish regime”.

Syria analyst Aron Lund explains that the posters featured by SANA are not Government publicity, but the output of a far-right faction:

ORIGINAL ENTRY: Denmark has revoked the residency permits of at least 189 Syrian refugees, insisting that it is safe to return to regime-controlled territory because security has “improved significantly”.

Danish authorities are reviewing applications for renewal of temporary residency status from about about 500 people originally from Damascus or nearby areas.

Earlier this month, 19-year-old Aya Abu-Daher pleaded on TV for her family to be allowed to remain in Nyborg. Trying not to cry, she asked what they had “done wrong”.

[We] disagree with the decision to deem the Damascus area or any area in Syria safe for refugees to return to – the absence of fighting in some areas does not mean that people can safely go back. Neither the UN nor other countries deem Damascus as safe.

There are about 5.6 million Syrian refugees, about a quarter of the population at the start of the March 2011 uprising. Few have chosen to return to the country, despite the Assad regime’s call on them to do so.

Refugees cite the dangers of going back, including detention, torture, and forced disappearance, following the regime’s killing of hundreds of thousands of civilians in the 121-month conflict.

Regime areas are also in the midst of economic crisis, with shortages of food, fuel, and essentials; lengthy electricity cutoffs; skyrocketing inflation; and a collapsing currency.

About 30 Syrians have already lost their appeals against the revocation of residency.

However, they cannot be directly deported because Denmark does not have diplomatic relations with the Assad regime. Instead, some of the rejected have been placed in a detention center.

The majority of those affected are women, including mothers, and older people. Danish authorities recognize a risk to Syrian men of forced conscription or punishment for refusal.

I told the interviewer [that] just being outside Syria for as long as I have is enough to make you look suspicious to the regime. Just because your city isn’t being bombed with chemicals anymore doesn’t make it safe….Anyone can be arrested….

I was so happy to get to Denmark. I came here to work and study and make a new life. I’ve learned the language very well. Now I am confused and shocked it was not enough.

Mahmoud al-Muhammed, 19, cited to the risk to his parents who are both in their late 60s.

They want to put my parents in a detention centre for maybe 10 years, before Assad is gone. They both have health problems. This policy is cruel. It is designed to make us so desperate we have to leave.

The Danish government has offered about £22,000 per person for voluntary returnees to Syria. Only 137 refugees took up the offer in 2020.

The government’s policy is working and I won’t back down, it won’t happen. We have made it clear to the Syrian refugees that their residence permit is temporary and that the permit can be revoked if the need for protection ceases to exist.

“This Decision Means Life or Death”

After more than seven years in Denmark, Heba Alrejleh and Radwan Jomaa and three children, aged 11, 10, and 4, are being threatened with return to Damascus.

Jomaa works in a pizzeria, and saved enough money to move into an apartment outside Silkeborg. But as they packed to move in December, they were notified they were being sent back.

Jomaa, who participated in opposition marches, says he has nightmares: “This decision means life or death. The words ‘to send us back to Syria’ means to destroy our lives.”

Alrejleh, whose first husband was killed before her eyes in Syria, explained:

All I can think about is the decision from the immigration service. Otherwise I would be doing many things: continuing my studies, raising my children, dreaming about their future. Lots of things. But it’s all at a standstill.

Jomaa says sadly, “The name Denmark used to be a shining example when it came to human rights. But now racism is ruining Denmark’s reputation in the whole world.”

Asked what will happen if the family’s appeal is denied, Jomaa says with tear-filled eyes, “I don’t have an answer.”

Aya, 11, is still positive about life in Denmark. She explains in Danish, “”Because people don’t go around killing each other.”