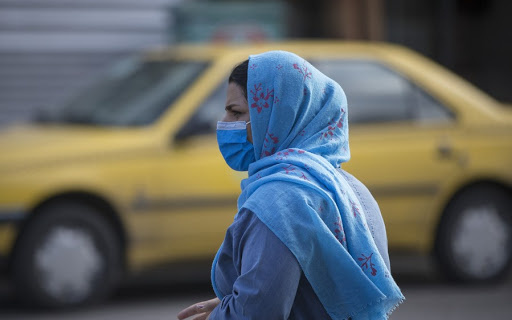 Iran officially recorded 405 Coronavirus deaths on Sunday, the highest daily mark since November 7 and a quadrupling since March 15.

The 7-day average of fatalities is 320, the high point since December 8.

The Health Ministry has now reported 66,732 deaths and more than 2.24 million cases.

President Hassan Rouhani declared on Sunday that Government efforts to develop the health sector have been “unprecedented”.

Iran’s daily death toll has soared to 328, the highest mark since December 4.

The Health Ministry has now reported 66,008 deaths and more than 2.19 million cases.

The Health Ministry reported 258 deaths on Sunday, the highest 24-hour total since 284 on December 10.

There were another 21,063 confirmed cases on Sunday, just short of Thursday’s record for the pandemic of 22,586.

Iran officially has suffered 64,490 deaths with more than 2.07 million cases.

Iran’s daily Coronavirus cases have soared to yet another record.

The Health Ministry reported 22,586 cases on Thursday. Daily deaths rose to 185, the highest mark since December 22.

President Hassan Rouhani announced on Thursday night that those who test positive and do not quarantine will be punished. There will be closer control of airports and borders by the Red Crescent and the Roads Ministry.

He pleaded, “The best and most effective way to deal with this pandemic is to avoid unnecessary gatherings and traffic, and all people should observe these things completely and carefully.”

ORIGINAL ENTRY, APRIL 8: Iran has smashed its record for daily cases of Coronavirus.

The Health Ministry reported 17,430 cases on Tuesday and 20,954 on Wednesday, demolishing the record of 14,051 set on November 27. Daily infections have almost tripled since March 22.

President Hassan Rouhani said just over two weeks ago, “I think the peak of this disease is over.” But medical and public health officials expressed concern that there would be a spike after the holidays for Iranian New Year, which began March 20.

Rouhani soon reversed his position, joining those warning of a “fourth wave” of the pandemic.

The surge has been exacerbated by the failure to begin a mass vaccination program. The Iranian leadership trumpeted the first inoculation, broadcast by State TV on February 8, and the delivery of the first doses of the Russian Sputnik V vaccine.

But the vaccinations did not follow, with Iran failing to obtain 2.8 million doses by March 21. Earlier this week, the Supreme Leader quietly withdrew his objection to import of vaccines made in the UK, with more than 700,000 doses of the Oxford/AstraZeneca version among supplies delivered by the COVAX program.

On Tuesday, Rouhani proclaimed the need to accelerate provision of vaccines, including support of domestic production.

Iran’s capital and largest city Tehran has been placed under a partial lockdown for two weeks.

Tehran Province Governor Anoushirvan Mohseni announced a red alert on Wednesday, leaving only a few essential Government departments and businesses to remain open. Theaters, cinemas, and sport centers are closed, and gatherings are limited up to the start of Ramadan on April 14.

“Tehran is seeing a growing spread of this disease and there has been a rising trend in referrals to outpatient services as well as in hospitalizations and deaths,” Mohseni said.