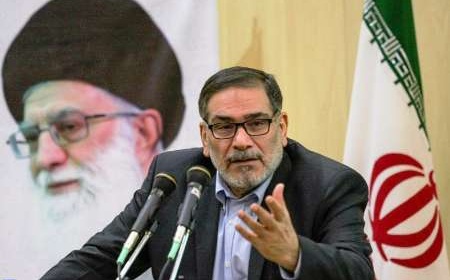 Iran’s Secretary of the Supreme National Security Council, Ali Shamkhani: did he have secret talks with CIA Director William Burns?

A claim is circulating of a secret, high-level US-Iran meeting in Iraq’s capital Baghdad, amid indirect talks in Vienna over the 2015 nuclear deal and tensions throughout the Persian Gulf and Middle East.

so, this just in from a well-placed individual: there was a meeting in Baghdad but it was Burns and Shamkhani, the Iranian national security adviser. There was also an unidentified #Saudi present. Would imagine the conversation was broader than just @theIrandeal — #Yemen etc.

Publicly, the Supreme Leader has forbidden direct discussions with US officials. The outcome is a process in Vienna in which the European Union and remaining signatories of the 2015 nuclear deal (UK, France, Germany, China, and Russia) move between Iran and US delegations, discussing American re-entry after Donald Trump’s withdrawal in May 2018, the lifting of US sanctions, and Iran’s return to compliance.

See also Iran Nuclear Talks: US — We Are Ready to Ease Energy and Financial Sanctions

But there is a precedent for the secret, back-channel talks: in 2012, as the Supreme Leader publicly rejected any contact with Washington, US and Iranian officials met in Oman to discuss a path to a nuclear deal. The talks included Jake Sullivan, now US National Security Advisor, and Ayatollah Khamenei’s top foreign policy aide Ali Akbar Velayati.

On Monday, Michael Rubin of the American Enterprise Institute claimed, from “multiple Iraq sources”, that the CIA’s Burns had met unnamed Iranian officials “in recent days” in the home of Iraqi Foreign Minister Fouad Hussein.

On April 18, the Financial Times reported discussions in Baghdad between Iranian and Saudi official about an improvement in relations. The talks between the two rivals, who officially broke diplomatic links in January 2016, included the Yemeni civil war in which Iran and Saudi Arabia support opposing sides.

See also Iran and Saudi Officials in Talks in Iraq

Saudi and Iranian officials denied the reported talks, and Tehran has followed with rejection of the accounts of a Burns-Shamkhani meeting.

An “informed source” told the semi-official Tasnim News Agency that Shamkhani had not met any US officials.