Russia Points to Indefinite Withdrawal of Ambassador from US 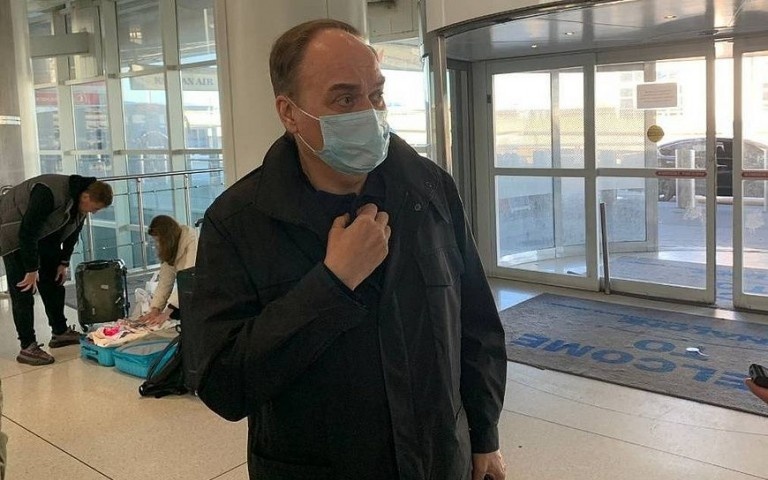 Russia is pointing to an indefinite withdrawal of its Ambassador from the US, following President Joe Biden’s firm line over Moscow’s operations from cyber-attacks to the attempted assassination and detention of opposition figure Alexei Navalny.

Ambassador Anatoly Antonov sent the message on Saturday just before he flew to Moscow after his recall by the Kremlin.

Antony, giving no timetable for the consultation, said he would stay as long as necessary in Moscow.

Several meetings are planned in Moscow in various departments. How long it will take is difficult to say now. But I proceed from the fact that as long as necessary, I will stay as long.

Biden said in a TV interview broadcast Wednesday that the Kremlin “will pay a price” for its interference in the 2020 US Presidential election.

A day earlier, a declassified US intelligence assessment summarized that Russian leader Vladimir Putin oversaw “influence narratives — including misleading or unsubstantiated allegations against President Biden — through US media organizations, US officials, and prominent US individuals, some of whom were close to former President Trump and his administration”.

The Administration has already sanctioned seven high-ranking Russian officials — including the head of foreign operations for the intelligence service FSB; two Deputy Ministers of Defense; and two Deputy Chiefs of Staff to Putin — and six entities. The restrictions were imposed over the sarin nerve agent attack on opposition figure Navalny, and his subsequent detention in a prison camp on a 2 1/2-year sentence.

Asked on Wednesday if he thought Putin was a killer — given the murders and attempted killings of opposition leaders, former Russian intelligence officers, journalists, and activists — Biden said, “Mmmhmm, yes I do.”

He said, “You’ll see shortly” about the consequences of Russia’s election interference.

Further US sanctions are expected soon, after the release of a report on the Russian cyber-attacks on nine US Government agencies and more than 100 companies last year.

Putin responded to the US intelligence report and Biden’s interviews with taunts and trolling. He hoped that Biden would enjoy “good health” — a line that some observers took as a warning, given Putin’s past and present from the KGB to the Kremlin — and then snapped, “It takes one to know one.”

Putin also challenged the US President to a series of online debates.

Neither Biden nor his officials took the bait with a response to the Russian leader.