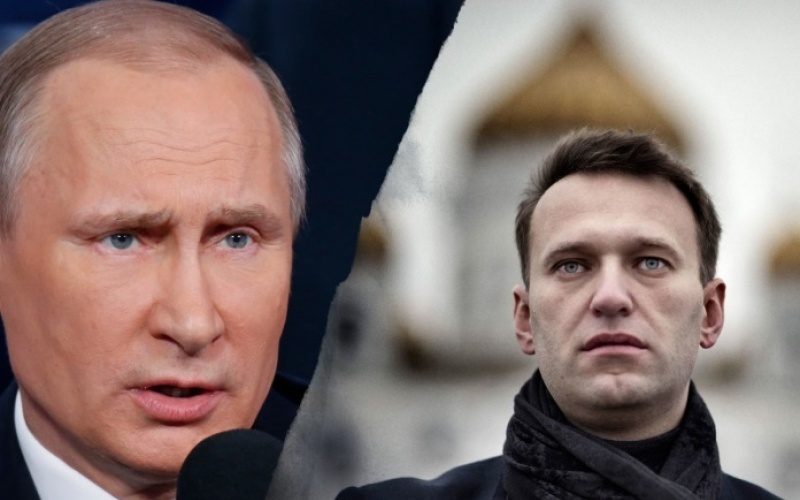 The Biden Administration imposes sanctions on Russia’s officials over the poisoning and imprisonment of opposition figure Alexei Navalny.

The punishment was announced as the Administration declassified a finding that the Russian intelligence agency FSB carried out the attack on Navalny with the nerve agent sarin last August.

Navalny survived the poisoning, but was sentenced last month to 3 1/2 years in prison. On Monday, he was transferred to a penal colony known for its harsh conditions and treatment of detainees.

Today, the Secretary of State determined that the Government of the Russian Federation has used a chemical weapon against its own nationals, in violation of the Chemical Weapons Convention.

Actions include termination of aid to Russia, except for “urgent humanitarian assistance”; a ban on sales of any defense articles or services or of national security-sensitive goods and technology; and an end to export credit guarantees. Six military “scientific research” entities and seven senior officials were designated for sanctions.

Treasury Secretary Janet Yellen explained that the measures bring the US in line with sanctions introduced by the European Union and the UK last October and expanded on Monday.

Throughout his term in office, Donald Trump delayed or refused to implement measures against the Kremlin and Russian President Vladimir Putin for their actions, including the sarin attack on a former Russian intelligence officer in southern England in March 2018.

While targeting top Russian officials, the Biden Administration held off direct sanctions on Putin. The approach mirrored that with Saudi Arabia last Friday, with travel and financial restrictions on 76 officials — but not on Crown Prince Mohammad bin Salman — over the October 2018 assassination of dissident journalist Jamal Khashoggi.

An official told reporters that the Administration is not seeking to escalate confrontation with Moscow. Biden has promised to deal with the Kremlin’s violations of international law, cyber-attacks, and intervention in US elections. However, he and Putin agreed in early February on a five-year extension of the New START treaty, the last remaining pact on nuclear weapons between the US and Russia.

However, later this month the Administration is expected to respond to the SolarWinds cyberattack, in which Russian hackers broke into the systems of nine US Government agencies and more than 100 companies.

Russia’s Foreign Ministry did not directly respond to the finding over Navalny. Instead, spokeswoman Maria Zakharova said on Wednesday, “This [US and European Union] campaign is particularly aimed at diverting attention from their own issues, namely those related to chemical weapons and the huge internal problems.”

Zakharova did not explain the reference to “chemical weapons”. Instead, she claimed the EU was trying to deflect from its challenges over mass vaccination against Coronavirus and the issue of vaccine passports.

On Tuesday, the spokeswoman warned of Russian retaliation, “We have no plans to put up with this. We will react based on the principle of reciprocity, and it won’t necessarily be a symmetrical response.”