Ukraine Jet Shootdown: Did Iran FM Zarif Suggest It May Have Been Intentional? 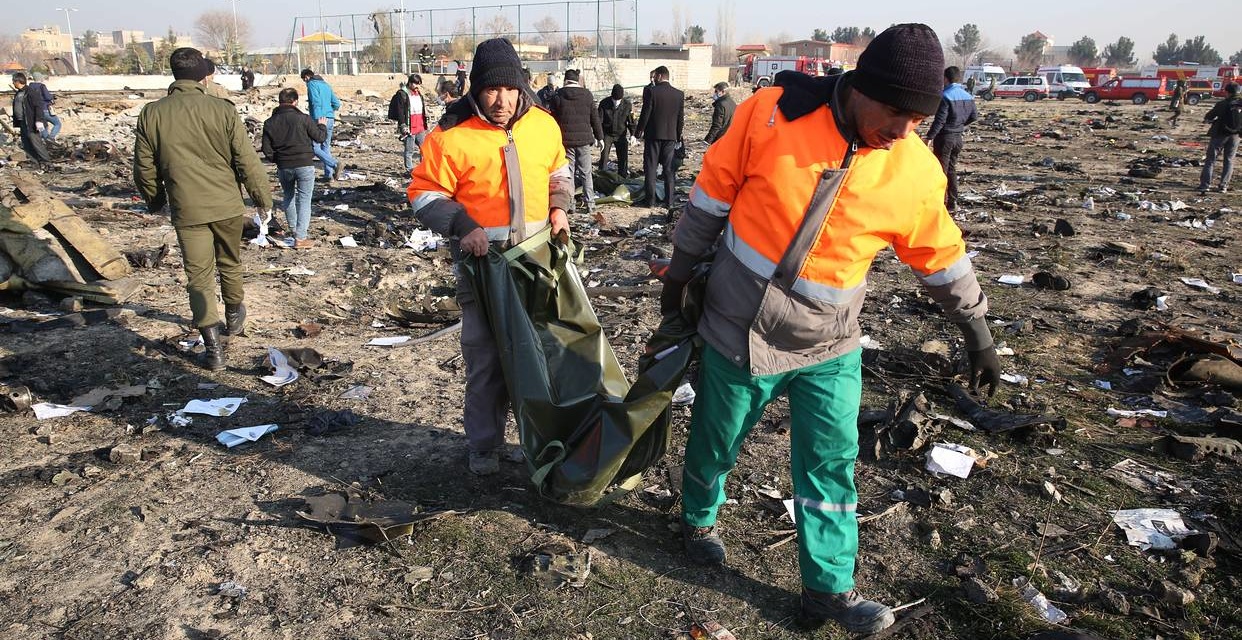 The Canadian government and security agencies are reviewing an audio recording in which a man, identified by sources as Iranian Foreign Minister, discusses the possibility that the January 2020 downing of Ukraine International Airlines Flight 752 might have been intentional.

The jet, with 176 passengers and crew, was downed by two missiles fired by an Iranian anti-aircraft battery, soon after it took off from Tehran’s Imam Khomeini international Airport. More than 100 of the victims were Iranian citizens.

The Iranian military initially blamed “catastrophic engine failure” and did not inform President Hassan Rouhani of the circumstances, amid heightened tension after the US drone assassination of Iranian commander Maj. Gen. Qassem Soleimani on January 3.

Three days after the crash, the military and Rouhani acknowledged the shootdown.

“Truth Will Never Be Revealed”

On the secret recording obtained by CBC News, the Iranian official says there are “1000 possibilities” to explain the downing of the flight. He includes a deliberate attack involving two or three “infiltrators” as “not at all unlikely”.

The official also says the highest levels of the Iranian regime and Revolutionary Guards will never provide the truth.

There are reasons that they will never be revealed. They won’t tell us, nor anyone else, because if they do it will open some doors into the defence systems of the country that will not be in the interest of the nation to publicly say….

Even if you assume that it was an organized intentional act, they would never tell us or anyone else. There would have been two or three people who did this. And it’s not at all unlikely. They could have been infiltrators. There are a thousand possibilities. Maybe it was really because of the war and it was the radar.

CBC is not revealing the source of the recording to protect his/her identity and safety.

Ralph Goodale, Prime Minister Justin Trudeau’s special adviser on the event, said the Government obtained a copy of the audio in November. Canadian security and intelligence are evaluating the authenticity.

Goodale gave no comment on the content, saying it could put lives at risk over the recording’s sensitive information:

We’re treating all the evidence and all the potential evidence with the seriousness and the gravity that it deserves.

We understand in a very acute way the thirst among the families for the complete, plain, unvarnished truth and that’s what we will do our very best to get for them.

The Iranian official indicates that Tehran can hold out against any full admission of responsibility. He points to Russian defiance of the findings of Moscow’s involvement in the downing of Malaysia Airlines Flight 17 over eastern Ukraine in July 2014.

He assures that while Iran would eventually deliver the Ukraine jet’s flight recorders to France for analysis, the data will not show any intentional firing at the plane.

And he says that compensation of victims’ families can close “the issue” and prevent other countries turning the shootdown into “an international crime.”

In December, the Iranian Cabinet allocated $150,000 for the families of each of the 176 victims.

Ukrainian Foreign Minister Dmytro Kuleba told Zarif that it is “possible to start calculating the amount of compensation” only “after establishing all the facts about the tragedy”.

See also Iran to Pay $150,000 to Families of Victims in Ukraine Jet Shootdown

Ukraine’s Ambassador to Canada Andriy Shevchenko said of the recording, previously unknown to his Government:

I think we are still so far away from having a clear picture on what happened….We obviously lack trust in our conversation with Iran. I think we have a feeling that Iran shares as little information as possible.

Kiev has received the final report from Iran on its aviation safety investigation and will respond by the end of February.