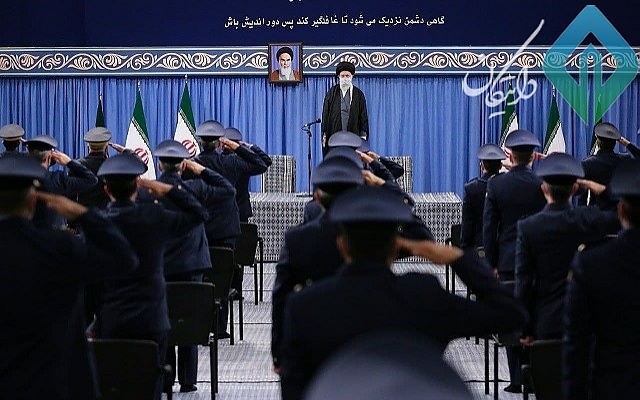 Iran’s Supreme Leader and US President Joe Biden trade “You Go First” declarations over an American return to the 2015 nuclear deal and lifting of Washington’s sanctions on Tehran.

Ayatollah Khamenei told Air Force commanders and staff on Sunday, “If [the US] want Iran to return to its JCPOA [Joint Comprehensive Plan of Action] commitments, the US should remove all sanctions in action. After they have done this, we will check if the sanctions have truly been removed. Once this is done, we will resume our JCPOA commitments.

Biden was asked in an interview, televised yesterday, “Will the U.S. lift sanctions first in order to get Iran back to the negotiating table?”

Asked “They have to stop enriching uranium first?”, Biden nodded.

The Biden Administration, as well as the three European powers in the deal (UK, France, and Germany), have called for Iran’s return to the terms of the July 2015 accord.

The Rouhani Government has increased stocks of enriched uranium and installed advanced centrifuges. Last month, it returned to the pre-2015 enrichment of 20% uranium, which potentially can be further enhanced to military-grade 90%.

The Supreme Leader and the Iran Government say the US must remove comprehensive sanctions first. The restrictions were imposed by the Trump Administration in November 2018, six months after it withdrew from the deal.

Iran is also refusing any revision of the accord. The US and the Europeans want negotiations to cover Iran’s ballistic missile program and to extend the terminal dates of provisions.

US, Iran, and the Nuclear Deal — The “You Go First” Dilemma

Neither Khamenei nor Biden pointed to the prospect of private discussions, linking the process for Iranian compliance and removal of the sanctions.

On Friday, US Secretary of State Antony Blinken spoke virtually with UK, French, and German counterparts. The four Governments gave no details of the discussion.

Khamenei: “Decline of the US”

The Supreme Leader insisted on Sunday, “The US and the three European countries do not have the right to set terms and conditions because they have violated all of their JCOPA commitments. They have not honored any of their commitments.”

He used the mass protests by Iranians against the disputed 2009 Presidential election as a pretext to assail Washington: “At that time the US President officially supported the sedition thinking that it would put an end to the Islamic Republic.”

And Khamenei tried to exploit Donald Trump’s disruptive behavior and the attack on the US Capitol on January 6.

The scandalous events that have taken place in the US recently are not minor events, and they should not be considered to be the mere downfall of an incompetent President. Rather, they are a manifestation of the decline of the US reputation, power and social system.

The US is truly declining, & this has distressed & stunned some of their allies in the region. The #Zionist officials’ nonsense stems from their fear of the US domestic situation & they've realized this well. The world is watching US power decline internally & internationally.

The Biden Administration may be considering the alternative of “freezing” the current position.

A “former Obama Administration official familiar with current deliberations” told journalist Laura Rozen that the option is under review as an interim measure.

The step was being considered at an NSC Principals Committee meeting as well as in Secretary of State Blinken’s consultation with the Europeans.

“They are still thinking about options, and how quickly they can do everything,” the former official said.

I still think the intention is to get back to the JCPOA.

Is there a step along the way? They might be open to that. It might be smarter, if it leaves more space, and it might be easier to do.