Cheney on Trump: “Gravest Violation of His Oath of Office by Any President in US History” 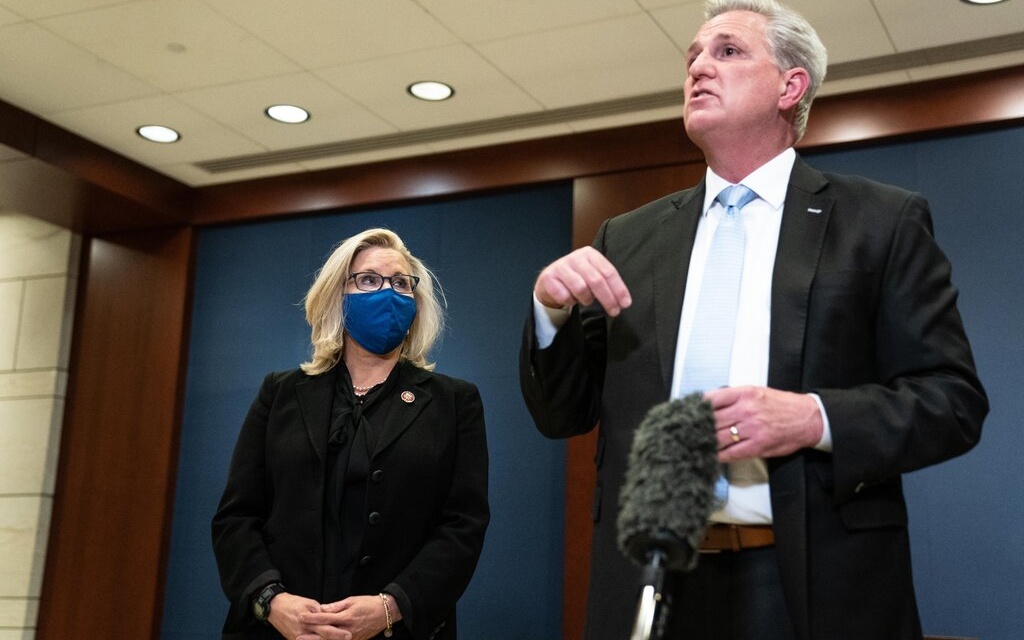 Rep. Liz Cheney, the third-ranking House Republican, defies Trumpists in the party and says the GOP cannot look past Donald Trump’s incitement of the Capitol attack on January 6.

Cheney was one of 10 GOP Representatives who voted to impeach Trump on January 13. She was then assailed by Republicans inside and outside Congress, surviving a vote to strip her of leadership roles and committee assignments by 145-61. Before the secret ballot, she privately refused a request by House Minority Leader Kevin McCarthy to apologize.

On Saturday the legislator was censured by the Wyoming Republican Party.

Undeterred, Cheney said on national TV on Sunday that Trump “does not have a role as a leader of our party going forward”. She shredded his falsehoods and disinformation:

We need to make sure that we as Republicans are the party of truth, and that we are being honest about what really did happen in 2020 so we actually have a chance to win in 2022 and win the White House back in 2024.

She continued, “People in the party are mistaken. They believe that B.L.M. and antifa were behind what happened here at the Capitol. That’s just simply not the case, it’s not true, and we’re going to have a lot of work we have to do.”

Cheney stood firm over the rebuke by her home state’s party: “I think people all across Wyoming understand and recognize that our most important duty is to the Constitution.”

Urging the Republican Partyto “focus on substance and policy and issues”, she said:

What we already know does constitute the gravest violation of his oath of office by any President in the history of the country, and this is not something that we can simply look past or pretend didn’t happen or try to move on….

We’ve had a situation where President Trump claimed for months that the election was stolen and that apparently set about to do everything he could to steal it himself, and that ended up in an attack on the Capitol, five people killed that day. That’s the kind of attack that can never happen again.

The top Republican linked an answer about Trump and the conspiracy theorist Rep. Marjorie Taylor Greene, who was protected by other House colleagues before the Democratic-majority chamber voted on Thursday to strip her of committee positions:

We are the party of Lincoln. We are not the party of QAnon or anti-Semitism or Holocaust deniers, or white supremacy or conspiracy theories….

Somebody who has provoked an attack on the United States Capitol to prevent the counting of electoral votes, which resulted in five people dying, who refused to stand up immediately when he was asked to stop the violence,
that is a person who does not have a role as a leader of our party going forward.