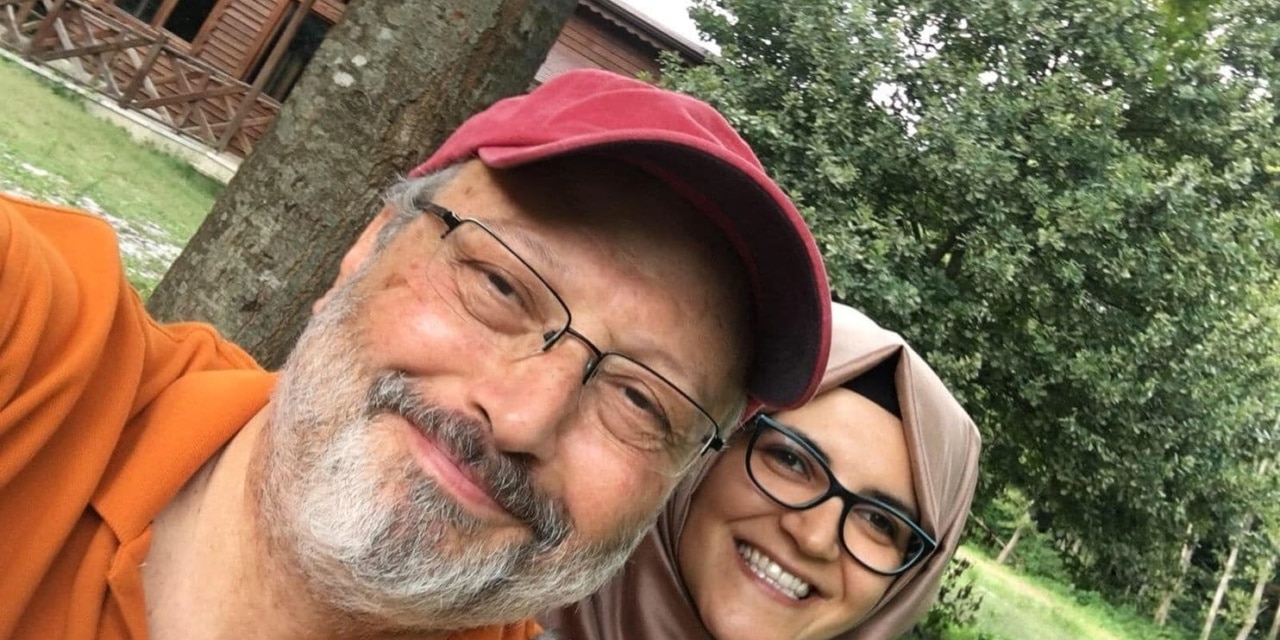 Journalist Jamal Khashoggi, murdered by a Saudi hit squad in Istanbul in October 2018, and his fiancée Hatice Cengiz (File)

A US intelligence report concludes that Saudi Crown Prince Mohammed bin Salman approved the murder of the dissident journalist Jamal Khashoggi in October 2018.

Khashoggi was assassinated by a 15-member Saudi hit team sent from Riyadh. He was lured into the Saudi Consulate in Istanbul, to get a certificate for his forthcoming marriage, overpowered, and suffocated to death. His body was dismembered with a bone saw.

The CIA assessed soon after the killing, with moderate to high confidence, that Mohammad bin Salman ordered the murder. However, the report released on Friday was the first public confirmation of the conclusion, assessing that the hit team reported directly to the Crown Prince.

We base this assessment on the Crown Prince’s control of decision-making in the Kingdom since 2017, the direct involvement of a key adviser and members of Muhammad bin Salman’s protective detail in the operation, and the Crown Prince’s support for using violent measures to silence dissidents abroad, including Khashoggi.

The report said Mohammad bin Salman viewed Khashoggi as a threat and “broadly supported using violent measures if necessary to silence him”. U

US intelligence agencies knew that Saudi officials had planned an operation against Khashoggi, but had not learned that they intended to injure or kill him. Indeed, Friday’s report said, “We do not know whether these individuals knew in advance that the operation would result in Khashoggi’s death.” Instead, a kidnapping and forced return to Saudi Arabia was possible.

Since 2017, the Crown Prince has had absolute control of the Kingdom’s security and intelligence organizations, making it highly unlikely that Saudi officials would have carried out an operation of this nature without the Crown Prince’s authorization.

The Biden Administration announced financial and travel sanctions against those involved in the killing and members of the Royal Guard. However, it held back from direct action against Mohammad bin Salman, the effective ruler of Saudi Arabia on a day-to-day basis.

The report received bipartisan praise. However, some legislators said the Administration should have punished the Crown Prince.

The Saudi monarchy rejected the report as a “negative, false and unacceptable assessment”, saying eight people had been prosecuted for the assassination.

It is truly unfortunate that this report, with its unjustified and inaccurate conclusions, is issued while the kingdom had clearly denounced this heinous crime.

Five of the eight defendants were originally sentenced to death, but spared with prison sentences after a son of Khashoggi said he and his siblings had forgiven the killers.

Biden to King: “The Rules Are Changing”

The decision to criticize but not punish Mohammad bin Salman came after a weeks-long debate among President Joe Biden and his advisors.

Biden had challenged the refusal of the Trump Administration to take any action, with both Donald Trump and his son-in-law Jared Kushner portraying themselves as close friends of the Crown Prince. He said the lack of a US response was “embarrassing” and “dangerous.”

But the President’s national security officials said he could not block Mohammad bin Salman from entering the US without threatening the relationship with Riyadh. They said personal sanctions would hinder the American approach to regional operations and Washington’s position on Iran, a rival of the Saudis.

Biden opted instead to signal to Riyadh that the Crown Prince should be restrained, and possibly pulled back from his day-to-day rule.

The President spoke of his Thursday phone call with the Crown Prince’s father King Salman. He said he had “made it clear” to the King “that the rules are changing, and we’re going to be announcing significant changes [on Friday] and on Monday” to hold Riyadh accountable.

“It is outrageous what happened,” Biden told the Univision channel.

Among those sanctioned with a travel ban and freezing of assets was the former intelligence head of the Kingdom, Ahmad Asiri. Visa restrictions were applied to 76 Saudis accused of suppressing or harming journalists, activists, and dissidents.

The relationship with Saudi Arabia is bigger than any one individual. What we’ve done by the actions that we’ve taken is really not to rupture the relationship, but to recalibrate it to be more in line with our interests and our values.

In the first days of his Administration, Biden signalled a shift in the US position on Saudi Arabia, banning American support of Saudi offensive military operations in the Yemen conflict. However, US arms sales continue to the Kingdom for defensive operations, including against drone attacks by Iran and the Iranian-supported Yemeni insurgency Ansar Allah (Houthis).

We’ve been speaking quite frankly with Saudi leaders about the need for a different kind of relationship, based not only on our shared interests — and we do have many shared interests — but also one conducted with accountability and transparency and also taking into account the values of the United States of America….

The aim is recalibration, not a rupture.